Unlike other Apple devices including the iPhone and iPad, the AirPods wireless earphones don't support the "Hey Siri" command if you wish to make a request. Instead, you need to double-tap either earpiece in order to do so. But that might change in the future.

The latest iOS beta (iOS 12.2) — which was released on Thursday along with macOS 10.14.4, watchOS 5.2, and tvOS 12.2 — suggests that the next-generation AirPods might be adding "Hey Siri" capability. That means you may soon be able to talk to Apple's digital assistant directly via AirPods 2 (as rumors have it) after the stable iOS 12.2 rolls out later this year.

A hidden setup screen in the newest iOS beta, which was spotted by Guilherme Rambo of 9to5Mac, shows how you can configure the AirPods and the iPhone to work with Siri's wake words. Of course, the pairing, in this case, is supposed to work in the same way as with other Apple devices in order to train AirPods 2 to recognize its user's voice. 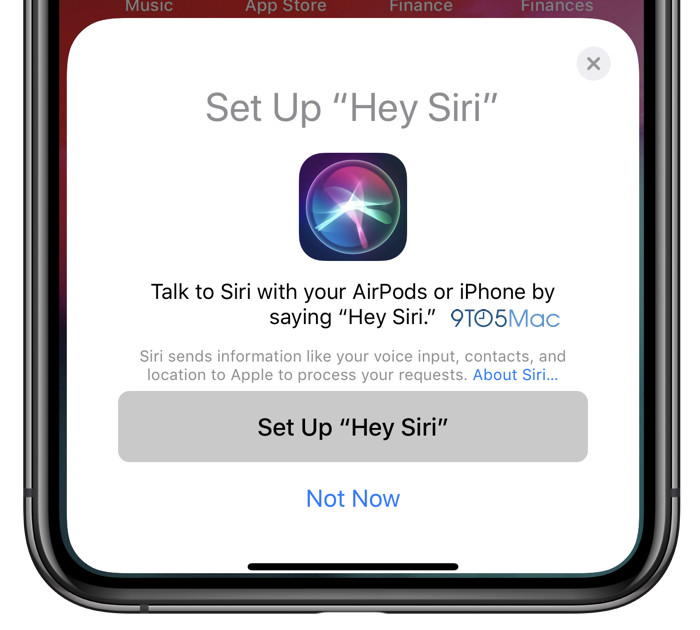 The AirPods 2 have been rumored since early last year to be launching sometime in 2019 along with plenty of upgrades including support for wireless charging, a Bluetooth 5.0 upgrade, and a new W-series chip. Presumably, these upgrades may include improvements to the headphones' battery life, which is widely believed to be the reason why the current-generation AirPods don't support "Hey Siri." It remains to be seen, though, how well the power consumption situation ends up being improved.