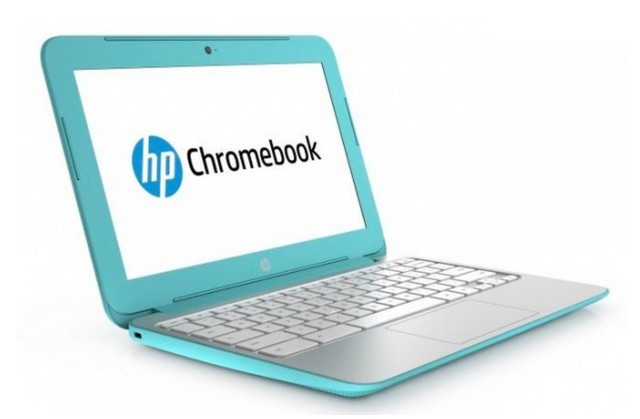 The Chromebook is Google's attempt to move into the OS space and take on Microsoft. While Chromebook sales have traditionally been slow, the fact that HP (and others) keep pumping them out, means that there must be some traction for OEMs. And besides, with Microsoft getting into the hardware game, OEMs need to find ways to diversify their revenue streams, in case the Redmond giant starts cannibalizing their sales.

What HP has done here is kept the internals of the Chromebook 11 the same (albeit, these are less likely to catch on fire) but has made them more 'fun' looking with new colors and a lower price. At $249 to purchase, the barrier to entry is obviously quite low here.

Running the show is the aging Samsung Exynos 5250 processor and like many other Chromebooks, there is 2GB of RAM and 16GB of flash memory. The device has an 11 inch display running at 1366x768 and comes with two USB ports and a headphone jack. By all means, this is a lower power machine and HP says you can expect about 6 hours out of single charge.

Chromebooks are web browsers and that's about it but what that means is that you can use Google's suite of online services like Goggle Docs and Google Drive with the device. If you are constantly connected to the web, the basic specs should suffice but offline use of a Chromebook is generally not advised.

Microsoft, while they may not admit that Chromebooks are a threat, must be feeling the pressure as it has been finding ways to make its OS cheaper (see Windows with Bing) for OEMs to make sure that their OS doesn't get overlooked at the entry level.