HTC is looking to Windows Phone 8 to help revive its smartphone fortunes, as it faces a sharp decline in Android sales. Once a major player in the mobile arena, the Taiwanese company has faced some tough competition from Apple and Samsung lately.

So far, Nokia has been Microsoft's closest partner in the smartphone market, but HTC is confident that their devices will be able to compete, thanks to their relationship with carriers. "I feel very strongly we've got very concrete carrier support in every region around the world including the United States, and I'm not talking about just one carrier," Jason Mackenzie, HTC's president of sales and marketing, told Reuters.

HTC puts that in contrast to Nokia, which failed to mention any specific plans for carriers at its recent New York Window Phone event, despite showing off some impressive hardware in the form of the Lumia 820 and 920. On the other hand, we can't help but notice that Mackenzie didn't really go into specifics about HTC's 'concrete carrier support.' 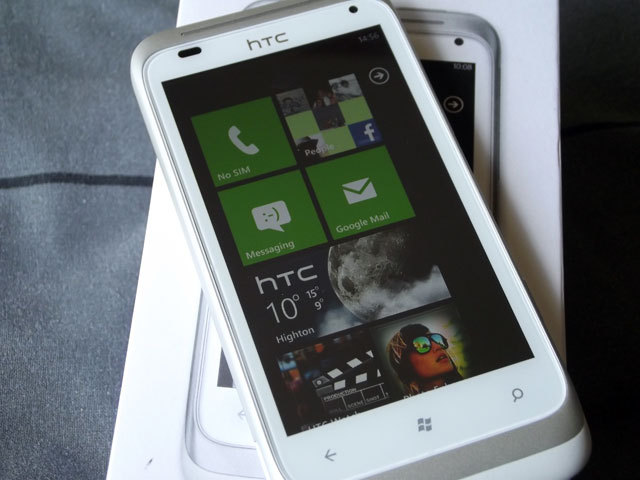 Regardless, Mackenzie talks a lot about 'balanced portfolios' and 'growing Windows Phone,' and although he's quick to promise that this doesn't mean 'dialing back on Android,' that's certainly what it sounds like. What do you suppose the chances are that it could be in reaction to the legal pressures from Apple and Microsoft that Android is currently facing? With Microsoft getting at least $5 bucks for every Android handset HTC sells, and a Unites States court doling out a billion dollar settlement to Apple in their case against Samsung, Google's 'free' OS could be looking more and more expensive. Combine that with the poor sales of HTC's recent Android offerings, and trying something different might be starting to look pretty good from where they're at.

One thing is for sure: HTC is committed to Windows Phone 8. As Mackenzie put it, "Our plan is to go big on Windows 8." That's sure to make the folks at Microsoft, who need all the help they can get in the mobile department, very happy indeed.