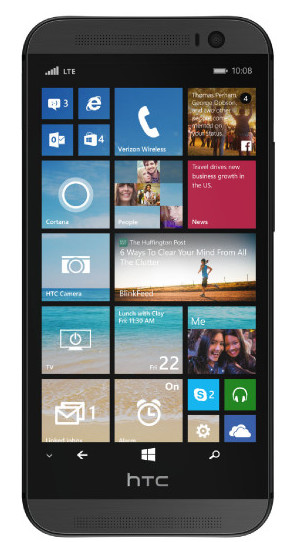 HTC is working on a new Windows Phone that will be headed to Verizon, launching later this month, and now we know what all the specs will include. The device, which is using the same chassis as the HTC One, looks like a winner on all accounts.

The HTC One M8 running Windows Phone will include high-end specs and support for HTC's Dot View case as well. The specs of the device, according to the report from WPC, include the following:

The specs, as you can see, will make for a premium device and knowing that the exterior is the same as the Android version we previously reviewed, the phone should be an excellent device when it is released.

Also included is support for HTC's Dot View case that allows you to interact with the device when the case is closed. More so, the case will include support for Cortana.

The case will let you see who is calling, the ability to accept or reject the call and by swiping down, you can access Cortana. This feature set will help to differentiate HTC's device from those made by Microsoft under their Lumia branding.

If you are a Windows Phone fan, this looks like a device to get excited about. HTC will be using the best of Microsoft's mobile OS and combining it with their premium hardware; if this doesn't sell well, then HTC and Microsoft may have a long and tough holiday shopping season ahead.