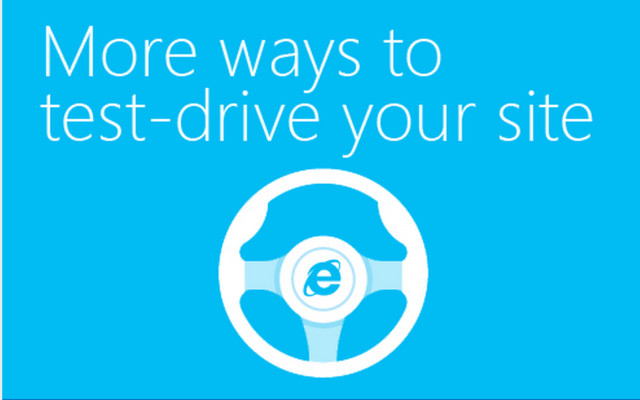 Earlier this year, Microsoft launched the modern.IE website as a way to help web developers test their designs and programming to make sure their pages ran as best as they can on Internet Explorer web browsers and competing platforms. Today, Microsoft announced that the modern.IE site now has new virtual machines for both the Windows 7 and 8.1 versions of Internet Explorer 11.

The new tools will be a big benefit to web page creators as the market share for IE11 is already increasing rapidly among users. The VMs should allow for better testing of web site features on Microsoft's newest browser before those creations go live to the public.

In a blog post, Microsoft says that in addition to the new IE11 VMs, it has updated all of the virtual machines that are available on modern.IE "based on feedback from the community." For example, Windows update is now set to "off" so that VMs that user older versions of IE don't update themselves automatically to the latest version of the browser.

Along with all of the VMs, modern.IE has a number of other tools and references for developers to use, such as "a site-scanner, compatibility inspector, BrowserStack screenshots and tech teardowns from modern websites."