In April, a company called InFocus announced it had started selling a 55-inch Windows 8 touchscreen PC called the BigTouch for the price of $4,999. This week, the company revealed it was expanding the BigTouch line to include a larger 70-inch version. 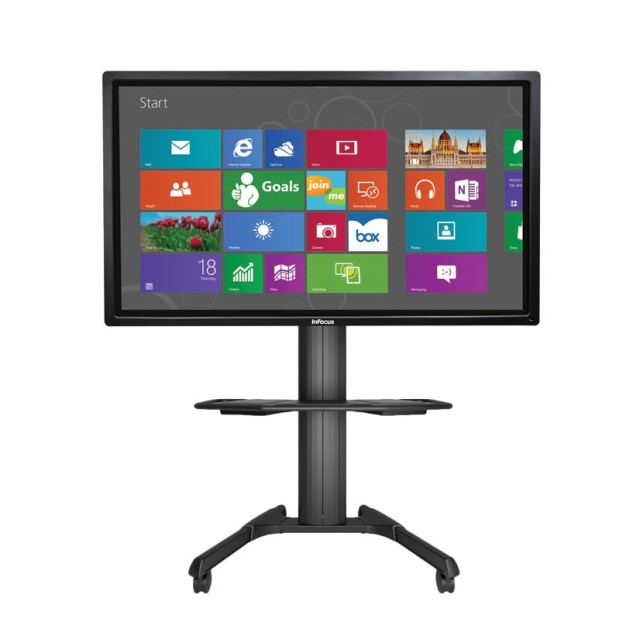 Like the 55-inch version, the 70-inch screen on the BigTouch supports up to five fingers at once with a resolution of 1920x1080. It has an Intel Core i5-2520m processor inside, 4GB of RAM, a 128GB SSD and seven USB ports. If you want one of these for your living room or office, be prepared to pay; InFocus is asking for $8,999 for the 70-inch BigTouch.

Neowin contacted InFocus for more information on the new product. In an email, the company's Corporate Marketing Manager Heidi Kayser told us that InFocus is "very pleased with our customer's adoption of the BigTouch and resulting sales" but did not offer specific sales numbers. So why launch a 70-inch version of the BigTouch? Kayser told us:

Our customers have told us they needed something bigger that translates well for large scale meetings, conferences, meeting spaces and big classrooms. Companies and even universities are looking for ways to keep face-to-face communication yet save time and cut back on travel costs. The 70-inch BigTouch and Mondopad are a natural choice for these needs. They offer a powerful, elegant and intuitive experience for users, whether that's digital whiteboarding or videoconferencing with colleagues around the world. For example, higher education and primary schools are benefiting from the BigTouch as an effective way to present lessons plans, capture students' attention, and invite their participation in the classroom.

InFocus also announced it has launched a 70-inch version of its Mondopad product, a touchscreen device mainly for business use that runs Microsoft Office 2010 along with full video conferencing hardware and software. The price of the 70-inch Mondopad is $11,000.