When Facebook initiated proceedings to purchase Instagram in April this year, no one could have guessed the stories that followed. The one that stands out the most is Instagram embedding on Twitter going the way of the dodo. 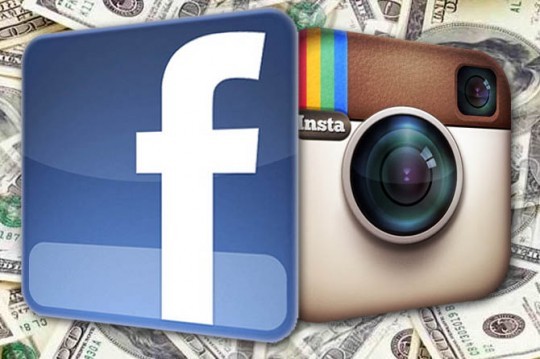 But like any business, they have to make money and Instragram are planning a very sly move that will see its member’s photos being sold to advertisers without notification. They can also share information about its user base with Facebook and other affiliates and advertisers.

We may share your information as well as information from tools like cookies, log files, and device identifiers and location data with organisations that help us provide the service to you... (and) third-party advertising partners.

Eventually we'll figure out a way to monetise Instagram.

Well it looks like they’ve found a way, although the move has angered social media users, with New York-based photographer Clayton Cubbit describing the new policy as “Instagram’s suicide note.”

What this means is that non Instagram users could find themselves in an advertisement, because their friends have posted photos of them on the site. Also, if successful, could other social networks follow suit?  Instagram said in a statement that they were making the changes to make it easier to work with Facebook.

This means we can do things like fight spam more effectively, detect system and reliability problems more quickly, and build better features for everyone by understanding how Instagram is used.

But analysts have said that the amended policies could damage Facebook’s reputation and alienate users. Richard Holway, Chairman of TechMarketView said:

Alan Pelz-Sharpe, Research Director at 451 Research has given his opinion on the subject:

It's a barefaced tactic that Facebook and Instagram have taken, and one that will likely meet with many challenges, legally and ethically. The fact is that Facebook has critical mass, and is quite confident that such moves may cause uproar, but not a flight of business. Larger firms like Facebook are essentially trailblazing before specific regulations can catch up with them, and as we have seen with Google in the past, regulations and laws have limited real impact on their business operations - so they tend to move forward regardless of opposition.

At the end of the day, people will be divided on the changes to the policies. However, the “I don’t care” user might not be so blasé if they were to see their picture advertising haemorrhoid medication!

Let us know if these changes will make you rethink your social activities or if you would consider leaving Instagram, or even Facebook, because of them.