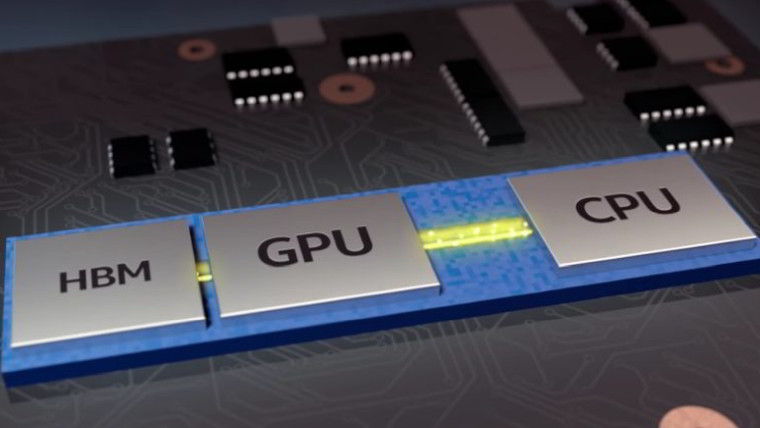 Intel's partnership with AMD on a new CPU-GPU combo in November was a bit of a surprise, but in a good way. Light on details, the announcement had tech experts speculating on just what the chip might look like, but now Intel has - albeit inadvertently, apparently - spilled the beans.

A listing on Intel's overclocking webpage, spotted by AnandTech, reveals the Core i7-8809G, a quad-core/eight-thread CPU with 3.1 GHz clock speed. The graphics for the chip are "Radeon RX Vega M GH" along with Intel's HD Graphic 630. The specs, along with the 100W target TDP matches a leak found soon after the Intel-AMD partnership was revealed. The "Hades Canyon" chip also matches Intel's previously announced roadmap of an early 2018 release date. 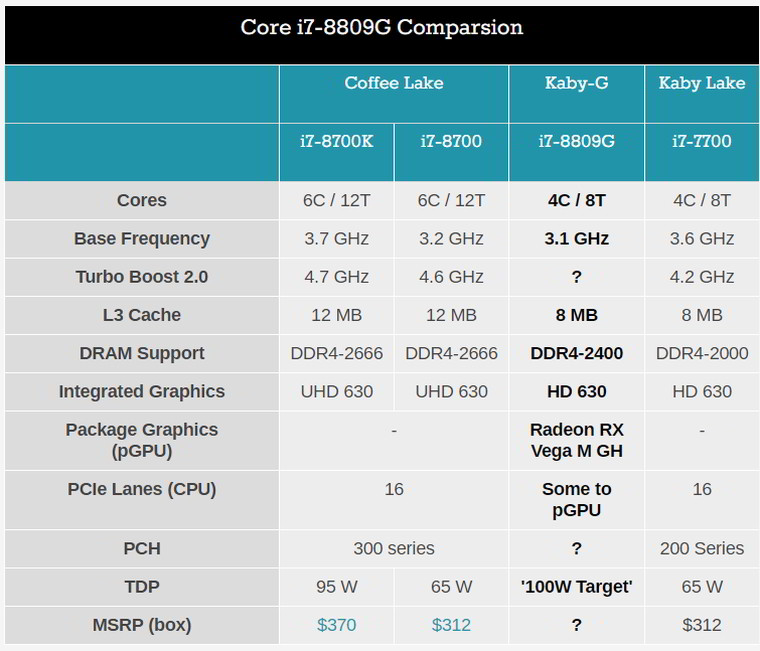 As far as the technical specs, ExtremeTech speculates that the new chip will offer 204GB/s memory bandwidth, which put it on par with an RX 470 GPU. It also said the suspected 1,536 GPU cores would put it at slightly below $200+ mid-range GPUs, and when coupled with the Kaby Lake CPU and support for DDR4-2400 memory, the combo chip should be able to handle most gaming workloads, especially if the chip is able to be overclocked to 4.1GHz as rumored.

AnandTech came at it from a slightly different angle, suggesting that since the CPU of the chip is slated at 45W, the 10W target TDP leaves about 55W for the GPU, "which would be in the RX 550 level: 8 CUs, 512 SPs, running at 1100 MHz." It did speculate that the CUs could go higher to 20-24, which falls in line with the 1,536 GPU cores ExtremeTech came up with.

If you are interested in the new combo chip, AnandTech has some more technical details that you might find appealing.