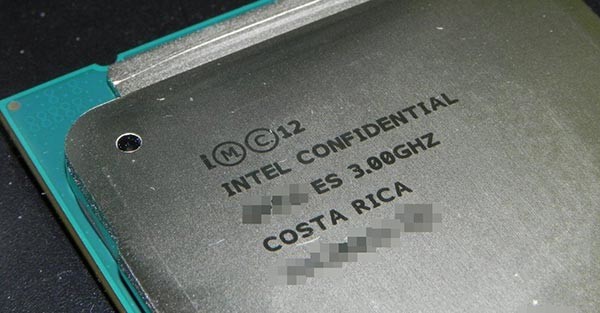 Intel is reportedly accelerating the launch date for both their next generation CPUs and motherboards. Japan's Hermitage Akihabara says that, "according to several officials," the Intel Haswell-E and Intel X99 Express chipset will be launched on Friday 29th August. Previous rumors suggested that the launch would always happen in the second half of 2014.

Hermitage Akihabara also noted that manufacturers are also ramping up their readiness for the next gen CPUs and motherboards from Intel, and indicated that they will be as numerous in numbers as the Intel Z97 predecessors.

Two X99 motherboards have already been revealed in images over at Guru 3D and LinusTechTips. Both a mATX and an ATX 'Classified' motherboard are shown and said to be priced at $250 and $400 USD respectively. 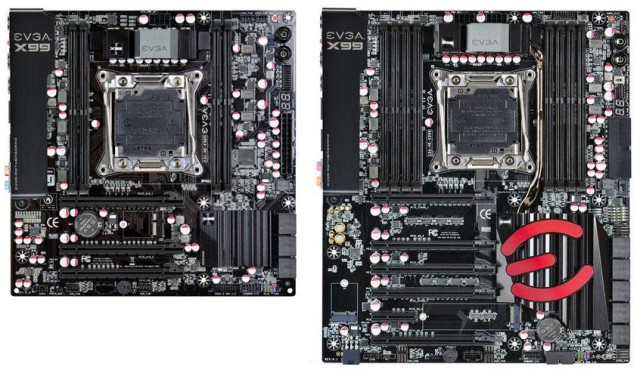 The mATX configuration (left in the above image) appears to offer three PCI-Express 3.0 x16 slots, four DIMM slots, an M.2 storage connector and six SATA3 6Gbps ports. On the top right of the board you can see the power and reset buttons and slightly lower, there's a diagnostic LED.

The EVGA X99 Classified (right in the pic) features five PCI-Express 3.0 x16 slots and one x4 slot. A hefty eight DIMM slots are present, and for storage you can utilize two M.2 slots and 10 SATA3 6Gbps ports. The same power, reset and LED are present on the upper right of this board design.

If these rumors turn out to be true, it looks like we'll be spoiled for choice with Intel's next gen hardware come the end of next week. You can view a slide here of what to expect (8-cores and DDR4 support) from the Haswell-E chip performance.