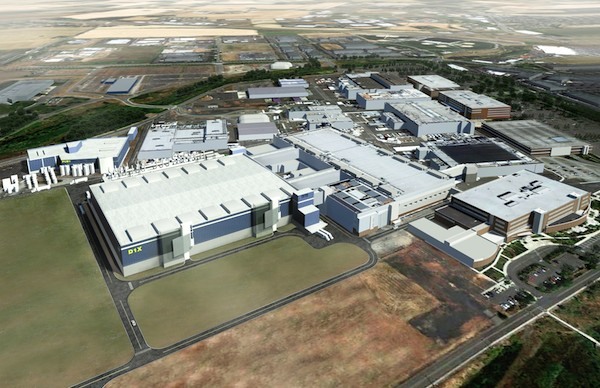 In a press release today, Intel announced that it will spend $6-8 billion upgrading plants in Arizona and Oregon. The upgrade will help the company manufacture Intel’s next-generation 22-nanometer chips and will happen over "several years."

Two weeks ago, Intel said that they had generated $11.1 billion revenue in their third quarter. With that mountain of cash, no one can question whether or not they can afford it. According to Intel, the next-generation 22-nanometer chip will allow for “sleeker device designs, higher performance and longer battery life at lower costs.”

“Today’s announcement reflects the next tranche of the continued advancement of Moore’s Law and a further commitment to invest in the future of Intel and America,” said Intel President and CEO Paul Otellini. “The most immediate impact of our multibillion dollar investment will be the thousands of jobs associated with building a new fab and upgrading four others, and the high-wage, high-tech manufacturing jobs that follow.”

The move is thought to create 6000-8000 construction jobs and 800-1000 permanent jobs at the plants while being able to keep its current employees currently at the sites.

Brian Krzanich, senior vice president of Intel, said that “Intel makes approximately 10 billion transistors per second. Our factories produce the most advanced computer technology in the world and these investments will create capacity for innovation we haven’t yet imagined."

Intel currently is the most advanced semiconductor manufacture in the world, a title which they believe the upgrade will help them keep a hold of.