Microsoft said on Thursday that it plans to release a beta of Internet Explorer 9 on September 15.

Invites for a web IE9 beta event were sent out to members of the press on Thursday. According to sources familiar with Microsoft's Internet Explorer 9 plans, the company is planning a minimalist user interface for the next generation Internet Explorer. The software giant is not planning to use Metro or Ribbon UI elements in IE9 but instead it will stick to a simplistic UI similar to that of Google's Chrome. However, still expect some very unique UI features in Internet Explorer 9.

Microsoft originally unveiled Internet Explorer 9 at PDC 2009. IE 9 will take advantage of the power of the GPU for all page rendering and developers can exploit this using CSS, DHTMLandjavascript. A new JS engine (codenamed Chakra) will also be built into Internet Explorer 9 with greater interoperability and standards support all round. Features such as rounded cornerCSS support will be built in. In January, Neowin revealed that Microsoft is planning to enhance tabbed browsing in IE9. According to a software patent, the Quick Tabs feature in Internet Explorer is likely to be enhanced with better functionality and greater tab management options. 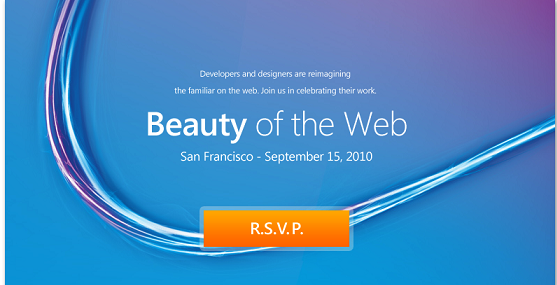