Recently, the team over at Frontier Developments launched Beyond: Chapter One update to the - what can be considered vast - universe that is Elite: Dangerous. Among the changes made, were several modifications to how planets are rendered, and Engineering. I had the chance to discuss several of these topics and more with the Lead Designer of the game, Sandro Sammarco. 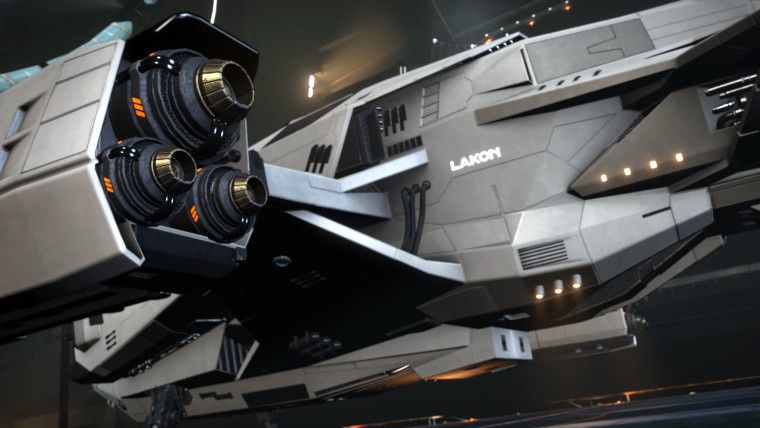 Elite, which was first realized back in 1984 when many of us weren't even born, opened up a massive universe for gamers to explore. However, empty polygons weren't made for the modern world, and so Elite: Dangerous was born, taking full advantage of next-generation hardware. Famously bragging, David Braben - the founder of Frontier Developments and his team - noted that the game contains over 400 billion star systems, of which only 0.028% have been discovered yet. I myself have had the honor of discovering a number of them while on route to go see the fascinating VY Canis Majoris, or taking scientists to study black holes.

Did you know that Elite Dangerous Commanders have discovered 112,863,791 individual star systems, which is only 0.028% of the systems in the galaxy?! ? by @CmdrJetsukai! pic.twitter.com/p6f81zXIXJ

Elite: Dangerous offers players a slew of ways to enjoy the game; be it chasing down known criminals and bringing them to justice, or using massive ships to trade between systems for a profit, or becoming a pirate and looting ships that carry the most valuable cargo.

I asked Sammarco several questions surrounding the new update and the team's plans for the future of the series.

As a trader, the threat of piracy is a growing issue. Since I do not spend a considerable amount of resources on weaponry on my Anaconda (which is extremely cumbersome to maneuver), how will the changes to crime affect Pirates specifically? Also, will each system’s security forces be improved so they can respond to interdictions by pirates on non-hostile ships? Beyond that, I would also like to see a bounty option, where – if my ship was destroyed by a player – I can offer an amount of money to have them hunted down and destroyed, or brought to justice for a reward.

With the changes coming to the crime and punishment system, there will now be more consequences for those engaging in all types of criminal activity including piracy.

As an example, authorities have access to new security vessels such as the Advanced Tactical Response unit will be on the hunt for repeat offenders. The ATR pilots arrive with full knowledge of their target so pirates who commit crime after crime in the same system may find themselves targeted by these incredibly imposing units who arrive ready to engage any lawbreakers with a LOT of firepower.

We’re also introducing ‘hot ships’ so crimes are now attached to players’ spacecraft. This means that any criminals who have specifically kitted their ships for piracy will now need to decide between using the ship and risk running into bounty hunters or storing the ship to hide their criminal activity. 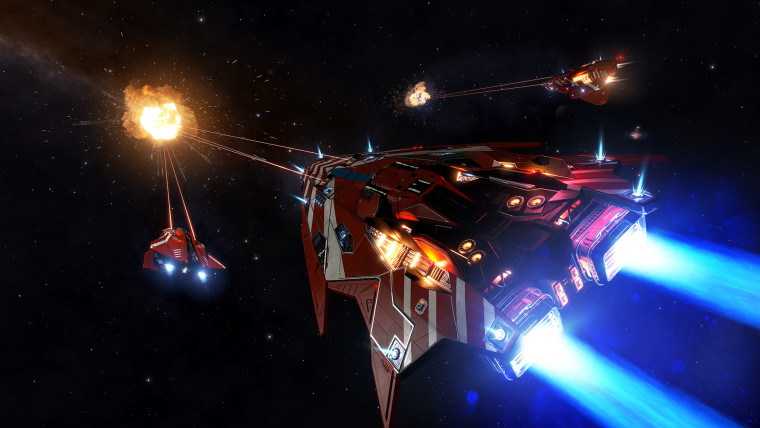 One might call me a passive Elite player, generally sticking to trade, community goals, exploration and such. With that said, I see that you will improve the trade system in the upcoming Beyond: Chapter One update. From my experience, trading has been a cat and mouse game where - when you do find some high valued commodity available at a port - you must spend a considerable amount of time trying to find someone to buy it due to trade data being – quite literally - limited. How will this change in the upcoming update?

We’ve changed the trade data system so players can now easily find those trade routes they want without having to carry their commodities across the galaxy and try every port each time.

Once a player has docked in a system or scanned its Nav Beacon they will be given access to its trade data which means the more players explore the galaxy, the more information they will have available. After the data has been acquired, commanders will be able to go into the trade overlay, check the commodity markets and easily find profitable trades.

We’re also adding some new options in the galaxy map to easily display data in each market by commodity, find trades and select a market to compare with the current location. If players have any commodities on board, this will be visible at a glance to help them plan their route and work out the best locations to trade cargo.

In the end, all these changes we’re bringing to Elite Dangerous with Chapter One should help Commanders to find the best trades, while also hopefully encouraging them to explore and visit multiple systems to expand their database, unlock new markets and potential profits.

I have found that using engineers are extremely confusing. After spending quite some time engineering my ship, on average, attributes would become worse in some cases. I have engineered my FSD and Engines, but in the end, it was better to keep the stock version. Since you are updating this mechanic, how will this affect the outcome in the end?

This is no longer going to happen with engineering. One of the major features we’ve introduced in Chapter One is guaranteed improvement. We’ve removed the potential for failure in crafting so the end result will always be better when upgrading modules. We think engineering is a lot of fun and it can be very rewarding from a gameplay standpoint so hopefully, this change will allow more players to craft new modules and use engineering as a meaningful way of upgrading their ship’s components. 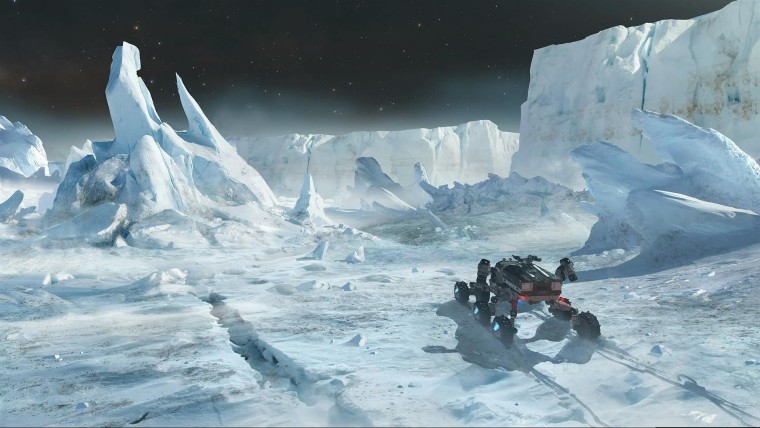 I am quite excited about the changes that will be made to planets. Currently, they are quite monotonous in appearance. How will each planet’s appearance be decided on? Beyond that, will vulcanism/geysers become more common or visible, since I have never seen one of these in my hundreds of hours of playing, even when visiting a planet known for its ‘amazing geysers’?

In Chapter One the surface coloration better reflects the chemical makeup and volcanic activity of planets. We’ve improved the contrast and variation between astral bodies and rocky/metallic planets will more accurately simulate having similar colourations from shared formation materials. Our focus in this update was on visual improvements, but this is just the first step towards further major planetary system enhancements. We’re looking to give our planets even more surface level changes in Chapter Four and hopefully this will encourage explorers to travel and discover planets and systems even further away.

I have to applaud the effort that has been put into fleshing out the stories and history of each of the civilizations in the universe. Since we already have an extensive issue with Thargoids attacking space-ports, will we one day encounter the Guardians? Personally, I don’t believe the entire civilization is missing, or dead.

The Guardians’ story is unfolding right now and more details about this long-lost civilization will continue to emerge throughout the Beyond season. The community’s efforts to go further and discover more clues and details about the Guardians has been great so far and to encourage even more Commanders to join this drive for information we’ve introduced a new starport contact in Chapter One - the Tech Broker. This contact will help guide players in the direction of rare technology and items so it’s only a matter a time until more information about the Guardians’ way of life, legacy, and their demise comes to light. 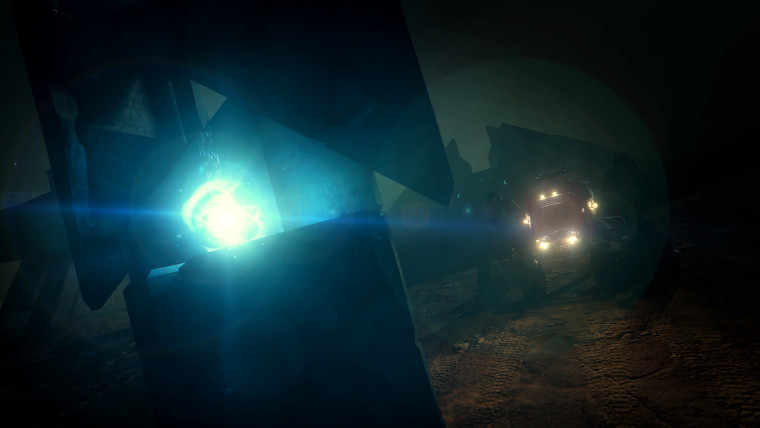 I have recently – for the first time – started to explore The Guardian’s ruins and notable sites. However, I usually collect data and move on to the next without actually reading each one. Will you add a journal to the game where the player can – when finishing missions – perhaps read these interesting tidbits or even play them on the Galnet Audio player which is being added to the game?

We will add a Codex in the fourth chapter of Beyond that will keep track of pilots’ exploration achievements and offer more context and data on discoveries. It’s like an in-game encyclopedia and filling it will be a lot of fun. The codex will also hint at additional sites to explore based on previously visited locations and will offer a personal narrative to complement each commander’s play style.

One question that has come up, was that the Beyond update will be available to all those with the Horizons Season Pass. How have you dealt with player segregation based on this? And will future updates continually segregate the experience based on what DLC you have purchased? How are you aiming to minimize this over time?

We are committed to adding content that our entire community can play which is why the Beyond season is available to all Elite Dangerous players, free and on all platforms. Elite Dangerous: Horizons players will have access to additional changes in Beyond based on the content they already own. For instance, with Chapter One we’ve introduced the Chieftain, which will only be available to Horizons owners, but the core improvements we are making to the systems of Elite Dangerous such as the crime and punishment or the trade data updates will be available for all players. 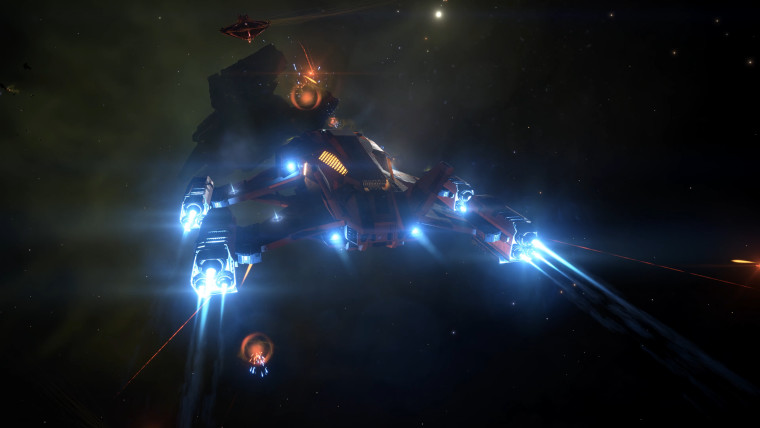 Finally, with everything that we have talked about, is there anything you would like to add or discuss further?

I’d just like to thank everyone for their continued support of the game. We always aim to listen and learn from the community, and this whole season is about responding to player feedback and making every aspect of the game better for everyone. I hope everyone enjoys what’s coming with the Beyond series of updates.

Beyond: Chapter One is currently available to all players, with those who own the Horizon Season Pass receiving additional content on Xbox One, PlayStation 4, and PC. According to Frontier, this pass will include extra content in the next chapter as well; with information on the subsequent two updates remaining under wraps - beyond what has been shared above.