Emergency services attended a Vodafone store this week, after an iPad demonstration model caught fire. The store in Canberra, Australia, had to be evacuated, to protect staff and customers from the smoke caused by the blaze. 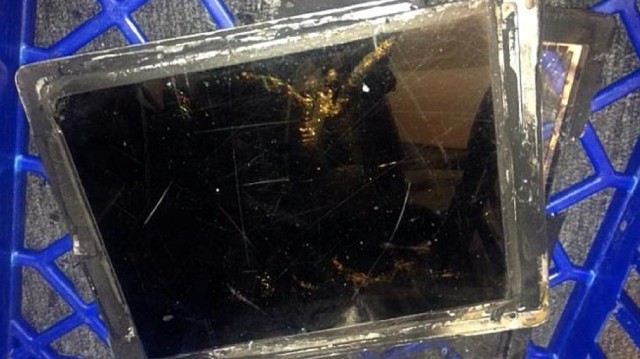 As News.com.au reports, a Vodafone spokesperson said that "a burst of flames" erupted from the tablet's charging port, with observers also noting the appearance of sparks coming from the port. The company confirmed that there were no injuries among staff or customers.

The cause of the incident - which the Australian news site rather dramatically refers to as an iPad 'explosion' - remains unclear. In its coverage, 9to5Mac identified the device as an iPad Air, the newest addition to Apple's tablet range.

Sales of the iPad Air have apparently got off to a strong start, and Apple will be understandably keen to ensure that reports of this incident do not undermine its sales efforts for the new device. While an Apple investigation is reportedly under way, the company has not yet commented on the fire.

Unfortunate events such as this one pop up from time to time. Some previous incidents involving Apple devices have been caused by third-party accessories of questionable quality and provenance, but other manufacturers have seen their products destroyed by unusual fires too. Earlier this year, a Samsung Galaxy S III spontaneously combusted while charging; two months later, a fire which apparently originated in a Galaxy S4 gutted an entire apartment.