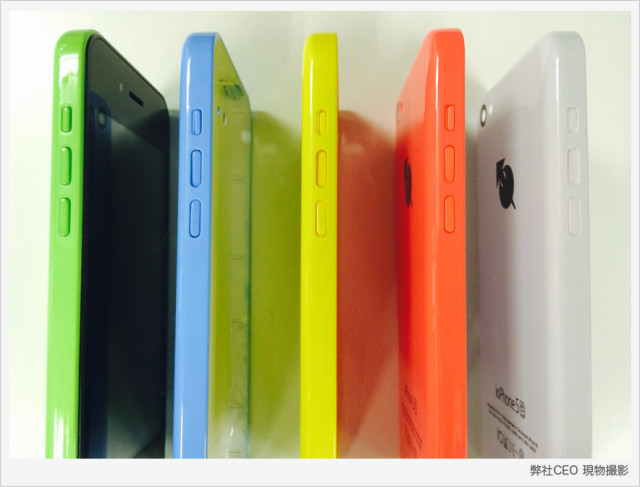 The ioPhone 5 offering of green, blue, yellow, red and white intends to match the "personalities" of consumers.

Apple’s reputation in Japan is at an all-time high, placing above Microsoft and Google in a brand perception survey in September. It appears some companies are taking advantage of this heavy influence in ways that might not impress the Cupertino company in the slightest.

According to Ascii, technology outlet Iosys is set to release an iPhone 5c clone stocked with Android 4.2 dubbed the “ioPhone 5”.  In many ways, the imitation phone does not quite match the original device in terms of specifications. 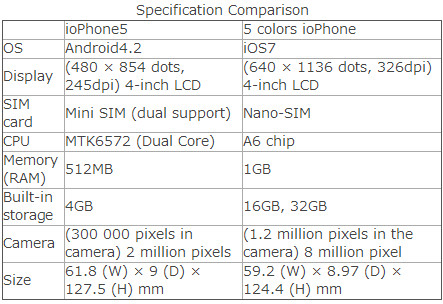 The same can’t be said about the dimensions, where the two phones almost go hand in hand. The width and thickness are almost identical, with the height between the two devices differing by 3mm.