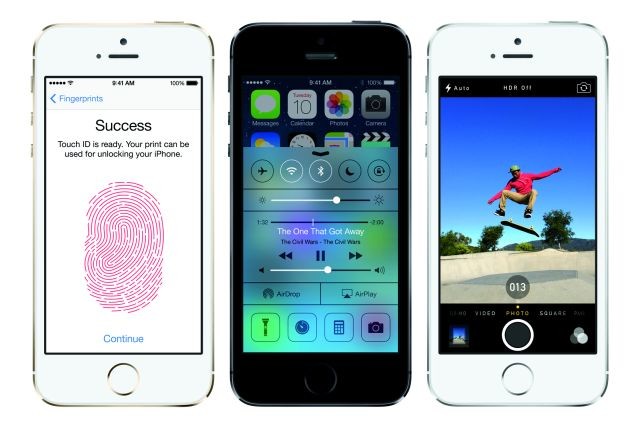 A week ago, Apple started taking pre-orders for its iPhone 5c device on its Apple Store site This morning, the 5c was joined by the iPhone 5s, just a few hours before it is scheduled to make its debut on retail store shelves in the U.S.

Some people decided to wait in front of the main Apple Store in New York City to get the iPhone 5s on September 9th. If you decide that you want to go out this morning to get the phone, you may be disappointed as some sources claim that Apple's first shipments of the 5s won't be enough to meet demand today.

Apple is currently not selling an unlocked version of the iPhone 5s without a SIM card. As we reported earlier this week, that's not stopping a company called Goldgenie from offering such a phone that's also covered in real gold for prices that start at $2,820.