Apple is getting ready for the big reveal of its next generation iPhone 8 next week to coincide with the 10th anniversary of the venerable handset. With sales likely to start 10 days after the scheduled press conference, a new report revealing "production glitches" with the phones over the summer are leading to speculation that shipping could be delayed and impact sales.

The Wall Street Journal revealed through its sources that problems in the manufacturing process of the new OLED display could impact production, making it harder for Apple to meet demand once the units go on sale September 22. The decrease in supply could also hurt holiday sales.

The problem appeared to center around the new display's compatibility with fingerprint sensors for Apple's Touch ID. Apple had hoped to put the touch sensor beneath the screen, as it also planned to get rid of the Home button on the front. After extensive trial and error, Apple apparently decided to ditch the fingerprint scanner, meaning the phones will likely need to be unlocked through conventional passwords or perhaps the rumored 3D facial recognition technology. 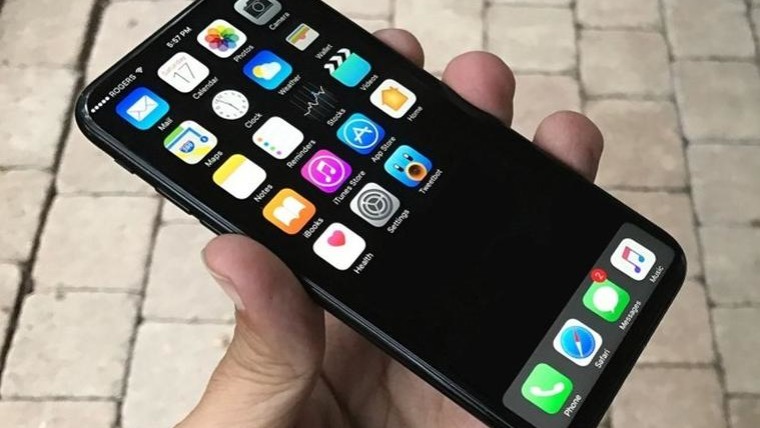 The OLED display modules themselves also caused problems, according to sources. Those units are being produced by a Samsung affiliate, but the process is different than what Samsung uses for its OLED displays. In Samsung models, the display and touch panel are integrated, while the OLED being used for the iPhone has the touch panel on the outside. The difference requires more manufacturing steps, as well as more layers of protective film. The sources, who apparently are familiar with the process involved, said that Apple's process leaves more room for manufacturing errors.

The delay in getting a working solution pushed back manufacturing timetables for Apple's iPhone assembling contractor Foxconn, which runs factories in China. The contractor has increased production at its plants and put out a call for more workers, even offering bonuses to employees that bring in new hire candidates. A Foxconn executive had said in early August that the OLED displays were difficult to manufacture and the new phones "won't be cheap."

The new iPhone 8 - the name is still up in the air because Apple may get clever with an anniversary moniker, such as the iPhone X - is expected to top out at around $1,000 when it is announced on September 12, but a delay in shipping could make potential customers unwilling to drop that much on a phone that they will not get immediately, let alone one that could still have residual screen issues that might not have been found in the quick testing needed to stay on schedule.

Apple stock opened the day at $162.09 but dropped as low as $160.87 after the report came out. It has since rebounded slightly, but not to the opening high. Apple has declined comment on the report.