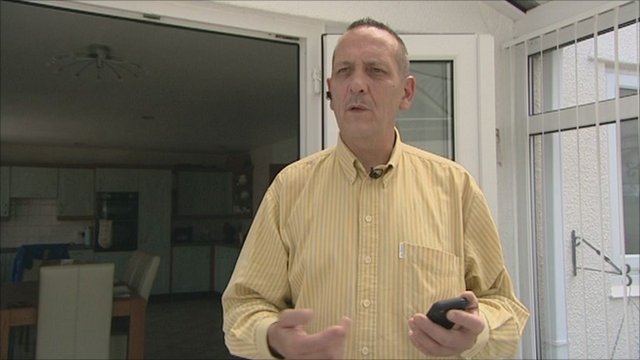 The BBC have a rather touching report on how an iPhone app has helped a father beat his stammer in time for his daughter's wedding.

The man in question is Mark Wilson and 14 months ago, he was diagnosed with Parkinson's disease which doctors believe may be a cause for his stammer. Mark, who was used to being quick-witted and confident, found himself biting his tongue and remaining quiet during regular conversations before eventually looking for help from from Weston General Hospital in Somerset.

What Mark needed was what's called a delayed auditory feedback device (or a DAF, for short). The principal of the device is somewhat simple, it works by recording and playing back the person's speech with a slight delay. The problem is that DAF devices can be expensive. Speech therapist Mike Richard, who works at Weston General Hospital, discovered an iPhone app that performs this exact function and much to everyone's delight, it has helped Mark speak clearly and confidently once more. This is what Mark had to say:

To me it sounds in my ear as if the device is repeating what I say back to me, but to the listener, it just sounds as if I am speaking perfectly normally. It is a minor miracle and has given me my old self back again.

Unfortunately, the DAF technique wont work for everyone with a stammer, in fact it's only effective on about a third of patients. Still, considering that the equipment normally costs nearly £2000, it does show that the iPhone isn't necessarily as expensive as some people think.