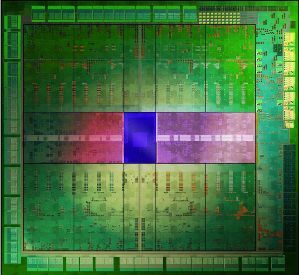 This week, NVIDIA announced its latest PC graphics chip, the GeForce GTX 680. The graphics card is getting rave reviews across the board for its performance, its lower power consumption and its lower price compared to its direct competition, AMD's Radeon HD 7970.

Part of the reason for those solid reviews is the GPU in the GTX 680. It's the first GPU from NVIDIA in the Kepler family, succeeding the earlier Fermi design. Kepler is built on a 28-nanometer design process and has a number of new features, including SMX, a new streaming multiprocessor block which NVIDIA says "delivers twice the performance per watt of previous-generation products."

You would expect Kepler-based GPUs to be in upcoming NVIDIA graphics cards for the PC but is NVIDIA planning to introduce Kepler designs for smartphones as well? AnandTech reports that in an email to employees this week announcing the launch of the GTX 680, NVIDIA CEO Jen-Hsun Huang suggests that we may see such processors in mobile products as well.

Today is just the beginning of Kepler.  Because of its super energy-efficient architecture, we will extend GPUs into datacenters, to super thin notebooks, to superphones.  Not to mention bring joy and delight to millions of gamers around the world.

NVIDIA has been successful with its Tegra line of mobile processors, which is currently up to the quad-core Tegra 3 chip. There's no word when Kepler-based processors will appear in "superphones" but if they have the kind of performance that the GTX 680 has displayed so far, we could see high end PC gaming on a mobile phone faster that we thought.