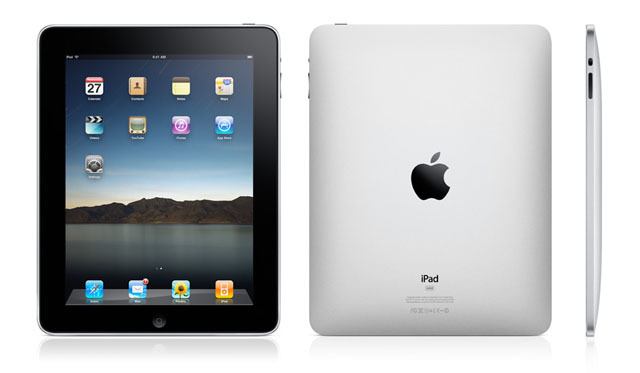 Whilst the dust settles on Apple's recently announced iPad, it seems the hype has died down and everyone has an opinion on Apple's latest creation. At Neowin we've been mulling over the announcements and have a few thoughts and feelings about Apple's new iPad.

As Apple CEO Steve Jobs introduced the iPad on Wednesday January 27 he described it as something between a Smartphone and a laptop. "Is there room for a third category device in the middle?" he asked. Jobs explained that in order to create a new category of devices, those devices would need to be "far better at some key tasks". The iPad is effectively a large iPod touch with optional 3G connection if you look at it in its basic form. Aside from the exterior the iPad packs a 1GHz Apple processor, 16, 32, or 64GB of flash storage and comes with iPhone OS 3.2 meaning it supports most of your old iPhone/iPod Touch applications.

What's good about it?

It's certainly a device in-between a Smartphone and a full laptop. The display is well sized, well lit and nearly perfect for photos and videos. The addition of eBooks will likely signal the death of Amazon's Kindle and similar devices and the convergence of many media features into one device. The device also appears to cope well playing digital media and rendering web pages with impressive responsiveness.

What's bad about it?

Where do we start? Apple has picked an odd size for this device. It's too big to use as a mobile device and it's too small to use as a productivity device. The screen on the device is 4:3 and not the usual 16:9 widescreen that is a standard amongst most gadgets these days. It's almost a step back for video playback. Next up there's no multi tasking, you can't compare an email with a map or compare a document with a web page as you have to step in and out of applications in the same way you have to on the iPhone. Apple has also dismissed Flash support in the browser meaning thousands of web pages will not render as they were designed. There's also no USB ports, you need to purchase an adaptor for that. Perhaps the biggest drawback of the device is the lack of a camera. This is a huge down flaw that will put off many potential buyers. A camera in a mobile device is essential and has become standard in most Netbooks today. If Apple can pack a camera into an iPod Nano why can't they put it into an iPad?

Should I buy one?

There's no easy way to answer this one. It truly depends on your circumstances. If you have a Smartphone, be it an iPhone, Android or other device and you also have a laptop then we would say no. If you don't have a powerful Smartphone and want to do some casual browsing and media consumption but don't want to use your laptop each time then it may be for you. The iPhone and iPod Touch can handle most of the features that the iPad has if you're primarily using them in an "on the go" sense. The iPad isn't something you're likely to want to use discreetly at a dinner table but it may be something that your family could pick up quickly and use to send emails, watch videos and browse the web around your home.

Will this thing sell?

That's a good question. Historically Apple's mobile devices have done very well against their competitors. The iPod just reached 250 million units sold and the iPhone is gaining market and mind share around the world. I have a feeling that the first generation iPad may not fair so well against Netbooks and mobile phones. Apple is trying to create a new category of devices here and the hype for this tablet was huge. Looking across the Internet for reactions to the device there seems to be the general feeling that the announcement was disappointing. The device isn't cheap either for something that is lacking in basic features. Looking back at the introduction of the Nintendo Wii, many people were skeptical it would sell due to the poor graphics and lack of games. The Wii sold extremely well but mainly due to its unique controller. The iPad doesn't have a killer feature that has made everyone go "wow" yet. Perhaps once iPad developers start creating applications for the platform then this will change but asides from third party applications it's a little disappointing.