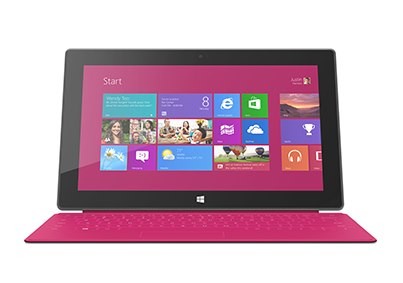 CNet.com reports that, according to iSuppli, Microsoft shipped about 1.25 million units of the Surface RT tablet in the fourth quarter of 2012. Actual sales of the tablet, however, were estimated by iSuppli to be much lower, at around 680,000 to 750,000 units. iSuppli also claims that returns of the tablet were "very high" but numbers were not revealed.

A separate report from IDC on the entire tablet industry in the last quarter doesn't even show Microsoft in the top five in the list of companies that had the most shipments of tablets. The report claims that Microsoft shipped "just shy of 900,000 units into the channel." Apple had the most tablet shipments for the quarter at 22.9 million units, followed by Samsung with 7.9 million units and Amazon with 6 million tablets.

IDC's Ryan Reith is quoted as saying that the reaction to the Surface RT tablet "was muted at best" in the last quarter. He added:

We believe that Microsoft and its partners need to quickly adjust to the market realities of smaller screens and lower prices. In the long run, consumers may grow to believe that high-end computing tablets with desktop operating systems are worth a higher premium than other tablets, but until then ASPs on Windows 8 and Windows RT devices need to come down to drive higher volumes.