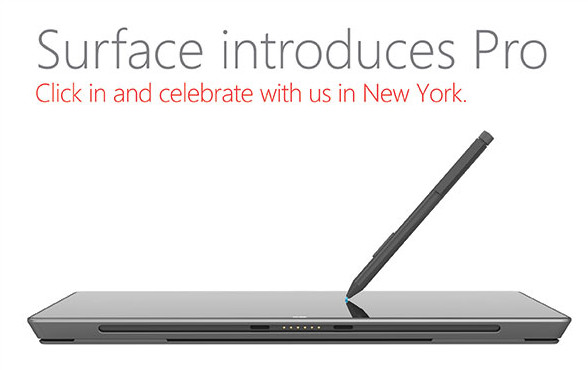 For the launch of both Windows 8 and the Windows RT version of the Surface tablet in October, Microsoft went all out with a big press event in New York City, which was later followed up that same day by a massive public event in Times Square that also marked the opening of the Microsoft Store in that landmark location.

By contrast, the launch of the Windows 8 Pro version of the Surface tablet will be handled with a much more low key event. ZDNet.com reports that Microsoft will hold an invite-only reception in New York City on February 8th, where the lucky guests will be able to buy the tablet a few hours before it officially goes on sale to the public on February 9th. The reception will not be open to the press.

Microsoft will then hold the formal public launch event at the Best Buy store located in NYC's Union Square just before midnight on February 9th. As we reported earlier this week, Microsoft has now closed its massive Times Square location for its Microsoft Store, which was previously designated as a "holiday store".