The rumors were right, although the name wasn't quite correct. Following reports that Samsung would relaunch its ill-fated Galaxy Note7 as the 'Fandom Edition', the company has now announced that the refurbished handsets will go on sale this week as the 'Galaxy Note Fan Edition'.

Following two global recalls of its fiery flagship last year, Samsung ended production of the device and promised to "safely dispose of" every model sold. But in March, it revealed plans to refurbish the recalled handsets and sell them again.

The Galaxy Note FE has been refurbished with 'unopened and unused' components designed for the Galaxy Note7. There is one major difference though; the Fan Edition device has a smaller battery (3200mAh) than the ill-fated Note7 (3500mAh).

Issues with the handsets' original batteries were the root cause of the dozens of incidents in which the devices caught fire, and even exploded, before Samsung's final recall. Samsung said that the new batteries are safer than those used in the Note7, and have been subjected to a strenuous 8-point safety test.

The Galaxy Note FE will be priced at 699,600 won (around $610 USD) when it goes on sale in South Korea on July 7 - that's around 30% less than the original Galaxy Note7 cost in the company's home market. Samsung is initially planning to sell 400,000 units in South Korea, and said that it will 'decide later' on whether to offer the device in other markets, although it has previously ruled out any plans to sell the Note FE in the United States and India. 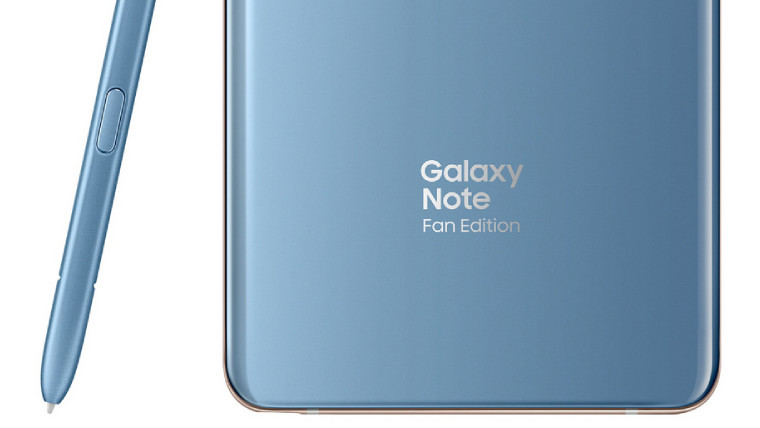 With the exception of the smaller battery, the Galaxy Note Fan Edition's specs are identical to those of the Note7:

Samsung is expected to announce an all-new Galaxy Note8 in September, which could be offered with 64GB and 128GB storage options.

You can see more images of the new Galaxy Note Fan Edition in the gallery below.