Popular Temple Run-styled endless runner Subway Surfers made its way to Windows Phone more than two years ago to the delight of the users of the operating system. The game was regularly updated in line with its Android and iOS counterparts, however, due to a bug, it isn't available on Windows 10 Mobile as of yet. Now, Kiloo states that it is ending support for the title on Windows Phone devices, but is working on bringing a Windows 10 Mobile version soon. 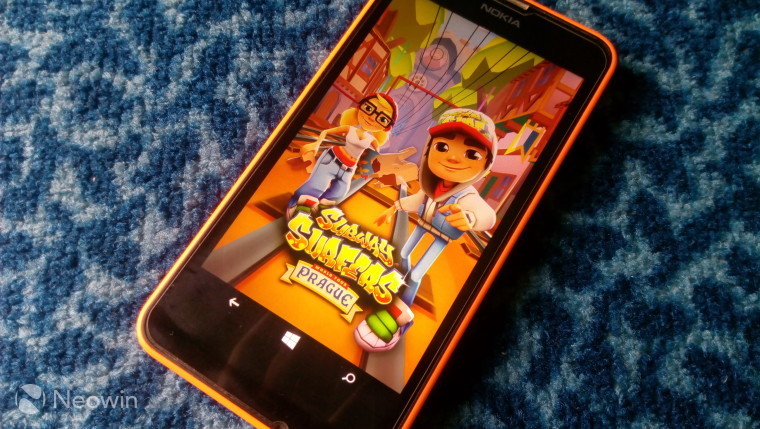 According to Winbeta, a spokesperson from Kiloo says that:

We are working on Subway Surfers versions for Windows for mobile. The next update should be available on Windows 10 for mobile.

While this piece of news may anger some Windows Phone owners, it is important to note that the game likely won't be removed from the Windows Store and will still be playable on Microsoft's previous iteration of its mobile OS.

With that being said, future updates will only be making their way to Windows 10 Mobile devices and it is certainly refreshing to hear that Kiloo has finally fixed the notorious bug which made the game unavailable on the operating system. Subway Surfers currently boasts a 4.5/5 rating on the Windows Phone Store in the U.S. after almost 42,000 votes.