A Chinese website has posted images and battery specifications of the upcoming iPhones, taking out some more suspense from the September 9 launch event. 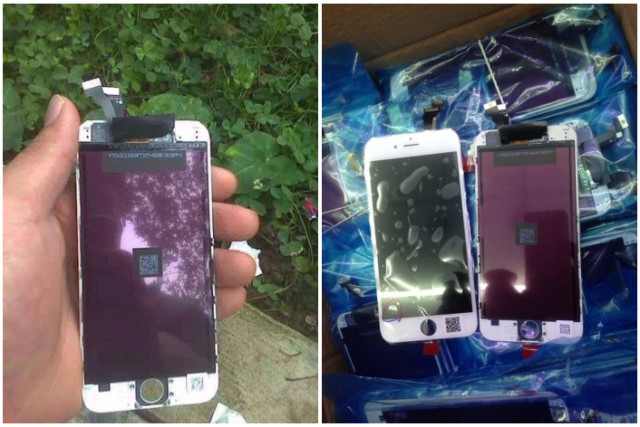 According to the Chinese website, Apple Daily, Apple is planning to name the larger smartphone, the iPhone 6L while retaining iPhone 6 for the smaller variant. The leaked images posted by the website show the front panels of the 4.7-inch and 5.5-inch iPhones compared side by side which seem to have similar dimensions, although there is a difference in screen size. The 5.5-inch iPhone has a thinner bezel in the leaked images.

It is also clear from the attached images, that the larger iPhone will feature a bigger 2915 mAh battery while the smaller one will have a 1810 mAh battery. The rest of the images show the iPhone 6's logic board, a batch of batteries and the screen assembly, which have already leaked on numerous occassions.

Recent rumours have indicated that the larger iPhone will feature a more powerful A8 processor compared to the other, and this latest bit of information about the battery sizes could be an indication of the same, as the processor and screen will need the extra juice.

There are plenty of things that can change by September 9 as Apple is known for last minute surprises, and we still haven't seen the iWatch, which could make things interesting at the mega event.