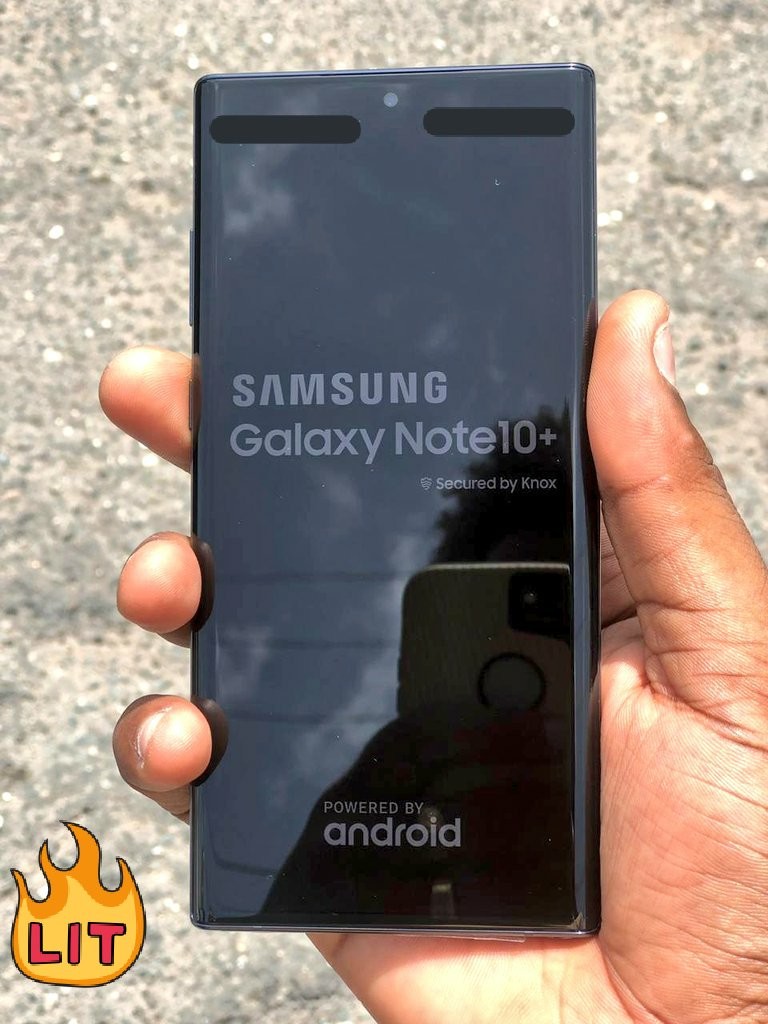 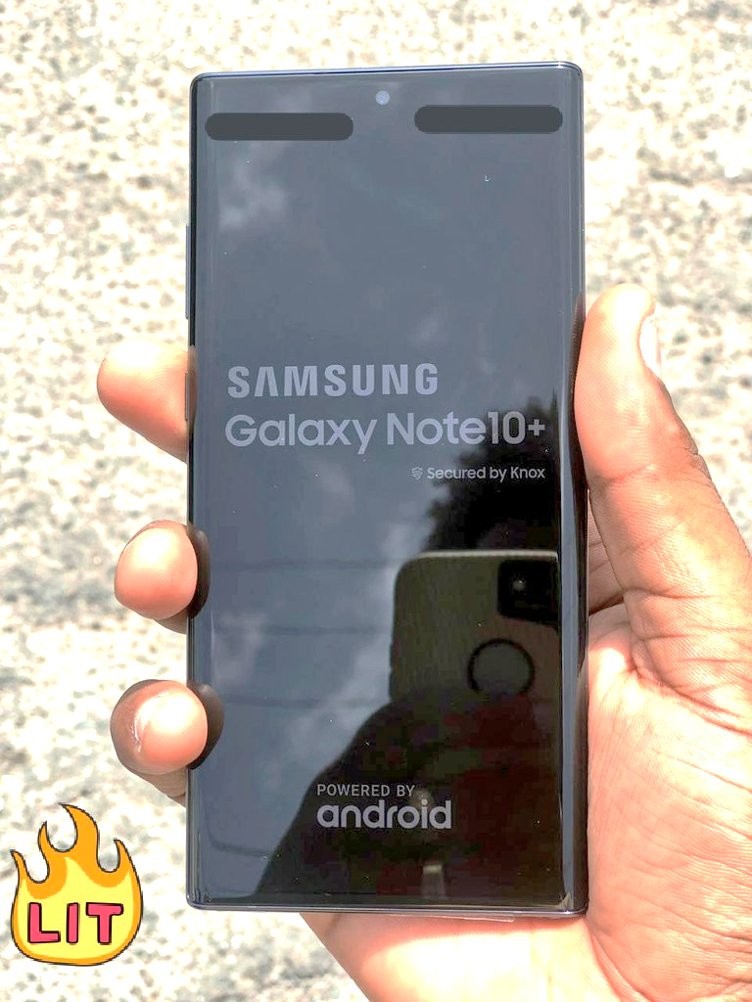 Earlier today, the Twitter account @UniverseIce shared the clearest real world images we have seen yet of the Samsung Galaxy Note10+, although there doesn't seem to be a whole lot of difference between the two images, one is slightly lighter than the other. In addition it appears that the photos were taken with an iPhone 11 due to the square camera array appearing in the corner, the Ice Universe account even replied with a render of the purported 2019 model of the iPhone XR, which further suggested the dual leak.

An unknown leaker seems to have leaked two phones at the same time: the Galaxy Note10+ and the iPhone XR 2019 in the mirror. pic.twitter.com/QdzBsv8PB0

Zooming in on the above images, it would appear that the top and bottom bezels are very thin, with no front facing speaker to be seen and just a pin hole selfie camera that seems to be all that disrupts the almost edge to edge curved display. From other leaks, we've also learned that Samsung might be offering a gradient option and that the company will be dropping the headphone jack among other things. You can view the full specs for the Note10 and Note10+ here.

For now, we'll have to take this leak at face value, whether it truly is the Note10+ and an iPhone XR taking the picture is unclear; the official reveal for both the Note10 and Note10+ takes place on August 7, which is also when Samsung's Galaxy Unpacked event for this year is scheduled to be held. You can view the live stream here, starting at 4p.m. EST/1p.m. PT.

As a reminder, you will be able to get up to $600 by trading in your older device, to learn which phones are eligible and for what amounts, click here.