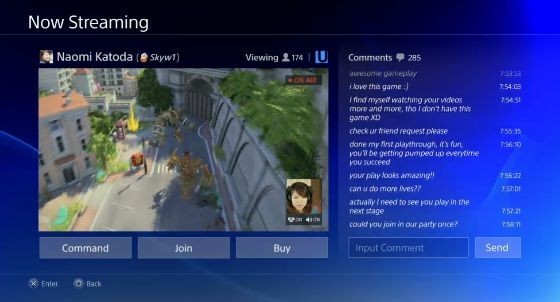 Both the Xbox One and the PlayStation 4 consoles will allow owners to record and upload videos of games they are playing. It's a first for both consoles to natively support gameplay recording, but as we learned on Wednesday, the Game DVR feature on the Xbox One will require owners also have a paid Xbox Live Gold subscription to use it.

Now there's official word that the same features on the PS4 won't require a paid PlayStation Plus subscription. Sony’s president of worldwide studios Shuhei Yoshida used his Twitter account to answer fan questions about the feature today and confirmed several times that the PS4 game recording, uploading and streaming features come free with the console:

Sony's feature will automatically record the last 15 minutes of gameplay from any PS4 game, while Microsoft's Game DVR on the Xbox One records the last five minutes. While gaming recording may be free on the PS4, Sony has already confirmed that online multplayer gaming on the console will require a paid PlayStation Plus subscription, something that's not needed for online gaming on the PS3.

While a case can certainly be made for Microsoft to charge for the Game DVR feature due to online bandwidth and storage issues, the fact that Sony is allowing this same feature to be free on the PS4 could make the console more attractive to many gamers, especially those who already love to upload their gameplay accomplishments on YouTube. We have emailed Microsoft to find out if they plan to do yet another 180 and open up game recording on the Xbox One for every owner of the console.