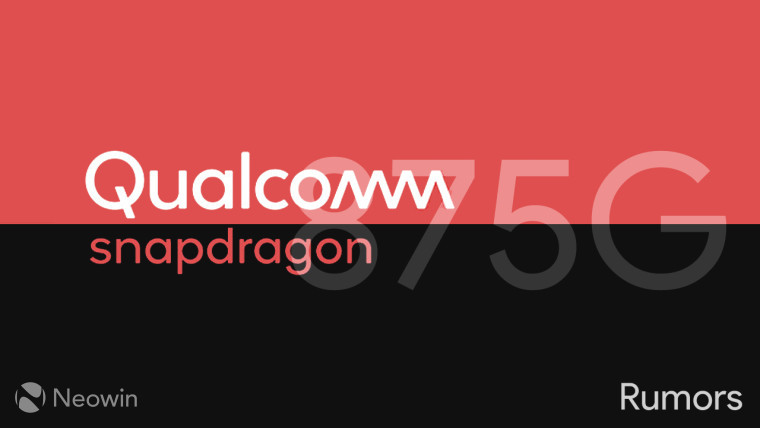 Details about Qualcomm’s next-generation flagship SoC, dubbed the Snapdragon 875, have begun making the rounds. A leaked roadmap slide posted on the Chinese social media platform Weibo (spotted by Wccftech) suggests that the processor will carry the ‘G’ suffix in its name and will be made available in the first quarter of 2021.

It is not clear from the roadmap if the company will be producing two versions of the 875, akin to the strategy followed for the 700-series offerings. Earlier reports hinted that the Snapdragon 875 will begin being shipped to partners in the fourth quarter of this year after being announced at the company’s technology summit later in 2020. Interestingly, the roadmap also reveals that the chip will be based on Samsung’s 5nm EUV node.

While Qualcomm is expected to source the Snapdragon X60 5G modem made on the 5nm node from Samsung, the chip-maker was slated to use TSMC’s parts for the processor itself. The Taiwanese firm reportedly already commenced the production of the chips. It is possible that the Snapdragon 875 series could use parts from both manufacturers, with the orders being split for price benefits. Some rumors say that the next-generation SoC could cost as much as $100 more for partners than its predecessor, making 2021 Android flagships sporting this chip more expensive.

The leaked roadmap also hints at the release timelines for other Qualcomm chips. The company is expected to launch a mid-range Snapdragon 735G – based on the same Samsung 5nm EUV node – sometime between the first and second quarters of 2021.

In addition to Qualcomm’s offerings, the image suggests that MediaTek will also make its 5G flagship chip based on a 5nm node available in the first quarter of 2021. A 7nm-based Dimensity 600 chipset could also be released sometime in the next few months.