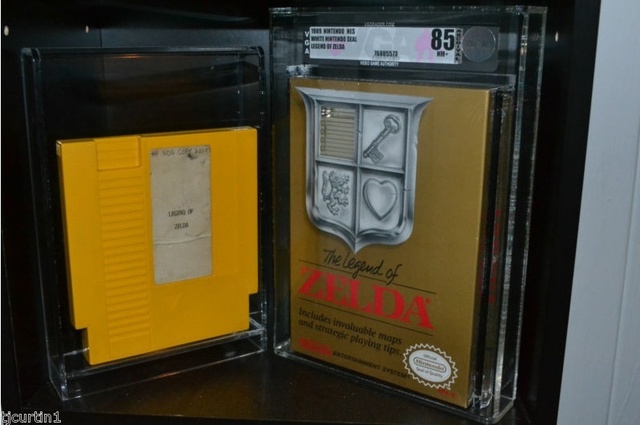 If you're feeling nostalgic and willing to spend some money, there's an interesting offer listed on eBay. For a mere $150,000, you can become the proud owner of a Legend of Zelda prototype NES cartridge. According to the seller it's not a joke and he even placed a video on YouTube to prove the cartridge is fully functional. Tom Curtin also says that without a doubt it's the pinnacle of his collection and he challenges anyone to come up with anything more important in the video game collecting scene. Late Tuesday there were 37 offers with several pending, but most of them declined.

The cartridge is yellow with a white label reading "HP NOA 2-23-87 Legend of Zelda", with the numbers probably indicating the date the prototype was ready. The original game launched on the 21st of February 1986 as a diskette for the Famicom Disk System, a peripheral for the Famicom, the Japanese name of the NES. The cartridge version became available a year and a half later.

25 years ago, Legend of Zelda was a bestseller for Nintendo selling over 6.5 million copies. It was the first NES game to sell more than one million copies.