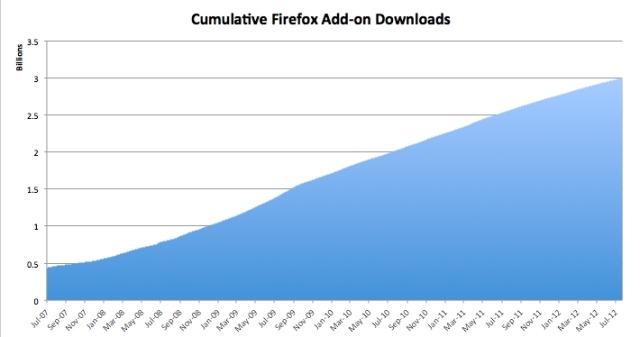 Adblock Plus is the most popular add-on for Firefox after Mozilla served its 3 billionth download last week, according to the company's blog. Adblock was downloaded 166 million times and is being used by 13,5 million users on a daily basis. Mozilla said that "fans love it because it gives them control of how they view the web."

Here's the the top 8

Video DownloadHelper comes in second and enables users to download videos from multiple sites, including YouTube. The developer tool Firebug comes in third and is used by 3 million users.

Mozilla launched add-ons for Firefox back in 2004 and gave mobile Firefox users a way to personalize their browsing experience in 2009. Firefox was one of the first browsers to extend its functionality through add-ons, which may be one of the reasons of its early success. The average user has five add-ons installed and 85 percent of Firefox users have at least one add-on customizing the browser to their needs. There are around 25,000 add-on developers according to Mozilla, with more than 150,000 add-ons in the add-on gallery.