CES 2012 is getting so close we can almost taste it, and the companies are all starting to make their slightly vague press releases about what they're going to show off. Lenovo today announced their latest line up of portable computers, and it's no surprise that they've got in on the ultrabook action too.

Lenovo appears to be the first company to certify that all their new notebooks are "Windows 8 ready" too, which is surprising, but it's likely we'll see the other major players follow suit quickly. 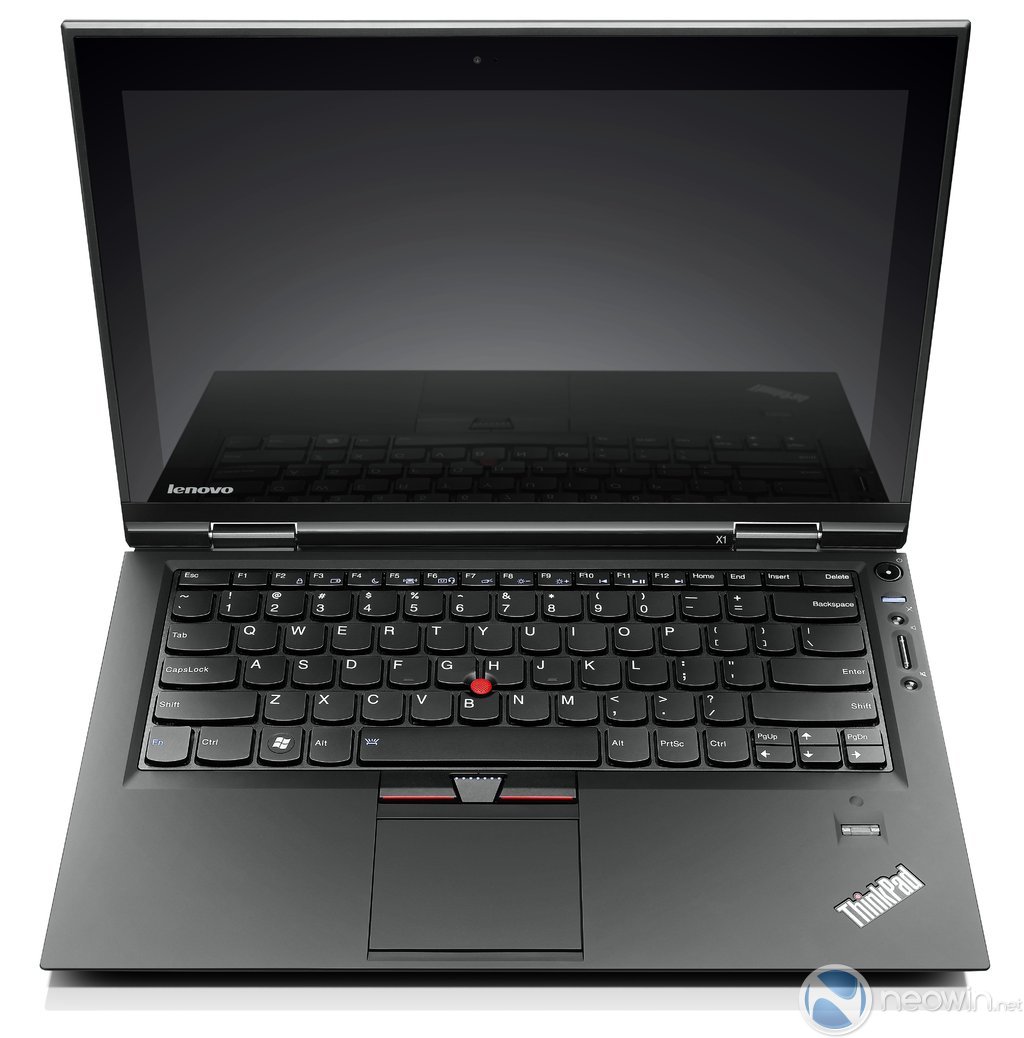 First up is Lenovo's forage into the ultrabook market. The company is rehashing it's previous flagship device (the X1, naturally) and slapping on double the battery life (in "Instant Media Mode") and adding in a second processor as well. The Thinkpad X1 Hybrid looks like every single other Lenovo notebook; a blast from the past, but it comes in at just 0.6" and under four pounds.

The device features a 13.3" screen, which is HD and coated in Gorilla Glass. It comes in i3, i5 and i7 flavors, as do the previous years' devices, and had a HD webcam built in, with HDMI out and Intel Wireless Display technology onboard. According to Lenovo's press release, they've doubled the "graphics power" too, but they don't mention what's actually onboard in the release.

Interestingly, the device also features "Rapid Charge" technology that allows it to hit an 80% charge within just 30 minutes. Not bad. It also comes with optional mobile broadband onboard, a spill resistant, backlit keyboard, USB 3.0 and an optional SSD. Lenovo's also removed the buttons from the touchpad on the X1 Hybrid, which is interesting considering it's business angle.

Instant Media Mode is a custom Linux based OS that allows the user to watch videos, look at photos, listen to music and browse the web while somehow preserving battery life. It uses an alternative Qualcomm dual core processor and uses 16GB of flash storage. To switch to instant media mode from Windows, users simply click an icon and "operates much like a smart phone, remaining turned on and requiring fewer charging sessions." We're not exactly clear on what that means, but we've reached out to Lenovo for comment.

We also noticed it comes complete with "free software" too, which is something companies usually avoid mentioning in press releases. You'll get Norton Internet Security 2011, Office 2010, Windows Live Essentials, Skype for Business and Acrobat shoved down your throat by default.

The Thinkpad X1 Hybrid starts at around $1,599 USD, and is targeted at both the home user and the business user. More images are in the gallery below for your perusal. 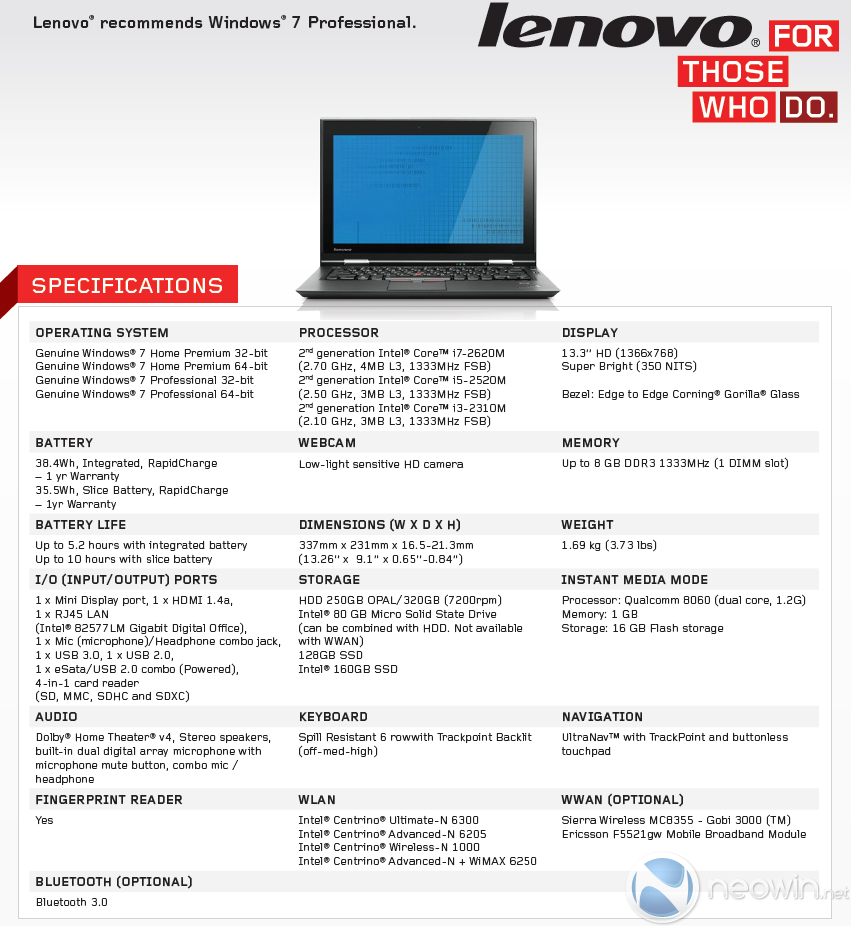 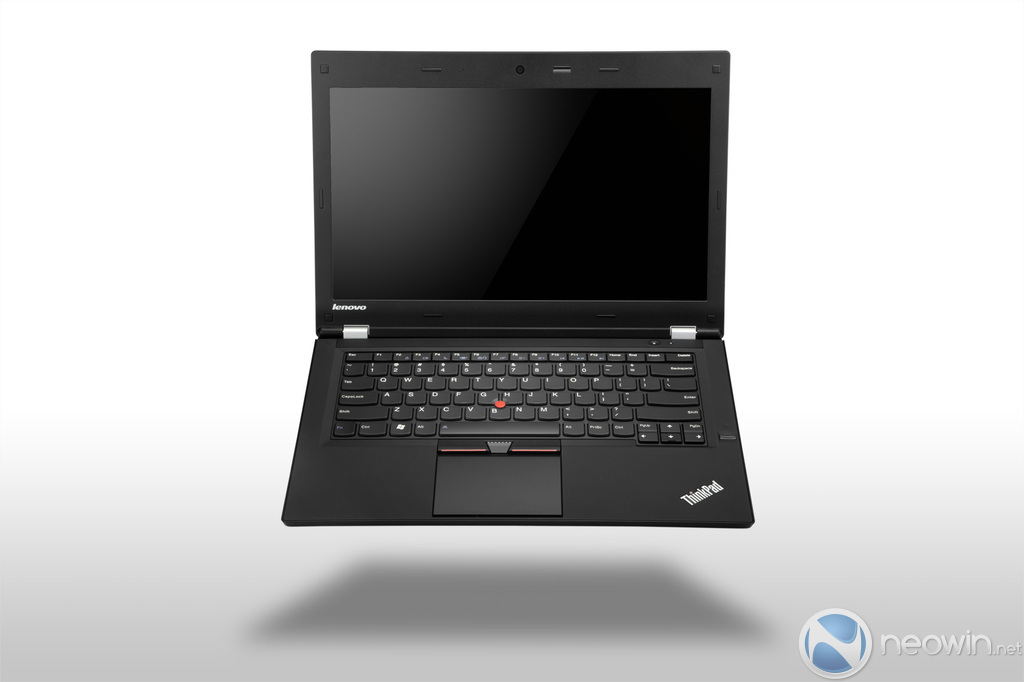 Ever thought that you'd never get a decent business ultrabook? Worry no more! Lenovo's releasing a enterprise targeted machine too.

The T430u features a matte finish, aluminum top cover and comes with a 14" display. Businesses can select their choice of an i3, i5 or i7 processor as with previous devices, and up to 1TB of storage. Strangely enough, there's no 10 hour battery life here like with the X1, with the maximum available being 6 hours.

The T430u can be stacked with 16GB of RAM and has Intel Integrated graphics. This business class ultrabook starts at just $849 (USD). 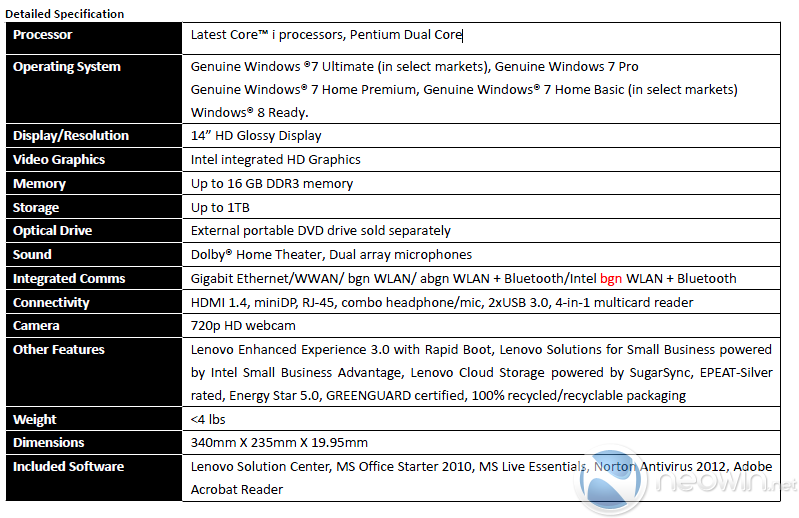 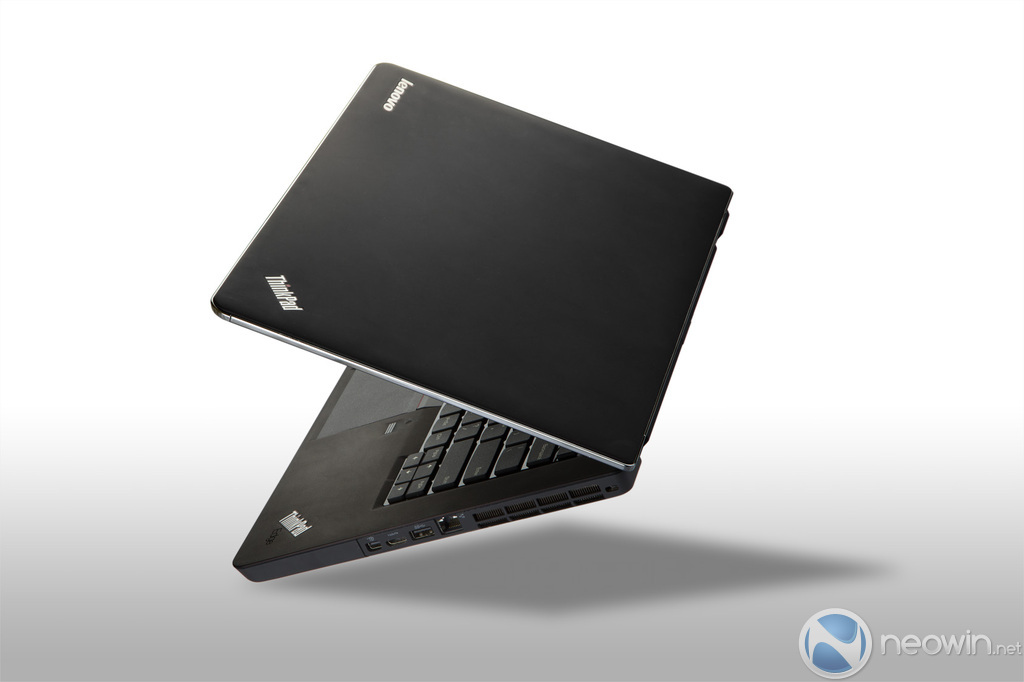 It appears Lenovo is attempting to delve into the "fashionable professional" market, with the Edge S430. The new notebook comes in Mocha Black, and is just under 1" thin, featuring metal accents and a "soft-touch finish." It's another 14" laptop, with the lineup of an i3, i5 or i7 processor onboard, DVD burner and dual harddrives.

A quick look at the pictures of this beast makes one wonder if this is what the result is Samsung Series 9 and a Lenovo have a lovechild, but we coudn't say if that's so before we see it at CES.

Graphics are either nVidia Optimus or Intel Integrated, and the laptop features not only USB 3.0 but Intel Thunderbolt technology whih makes it one of the first PC's to get the functionality. Lenovo claims that Thunderbolt will let you backup a "year of continuous MP3 playback in just over ten minutes" which is a really strange way of putting how fast the technology is.

Full specifications embedded below, but one of the more interesting optional extras is the ability to add 2GB of discrete nVidia Optimus graphics. The S430 will only be available in "select markets" which we assume means they won't be available in the US, and the company didn't list the price of the unit. They're expected to be released somewhere in the world come June. 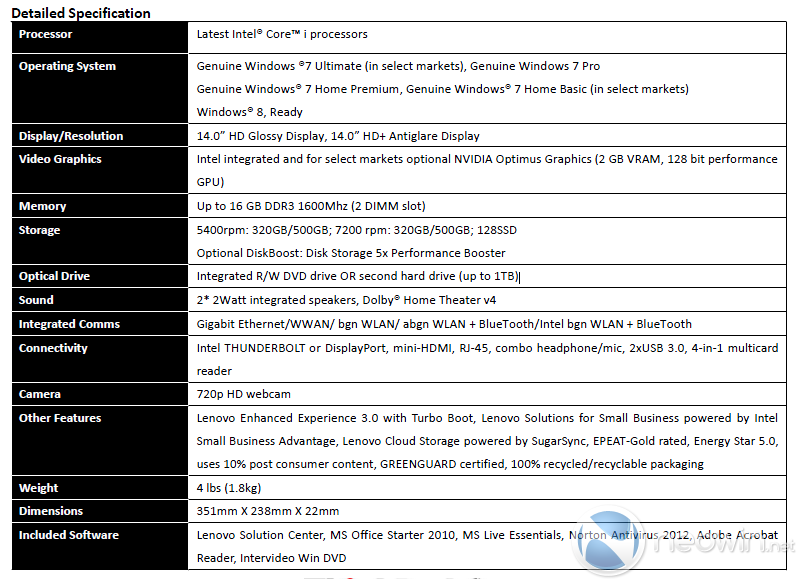 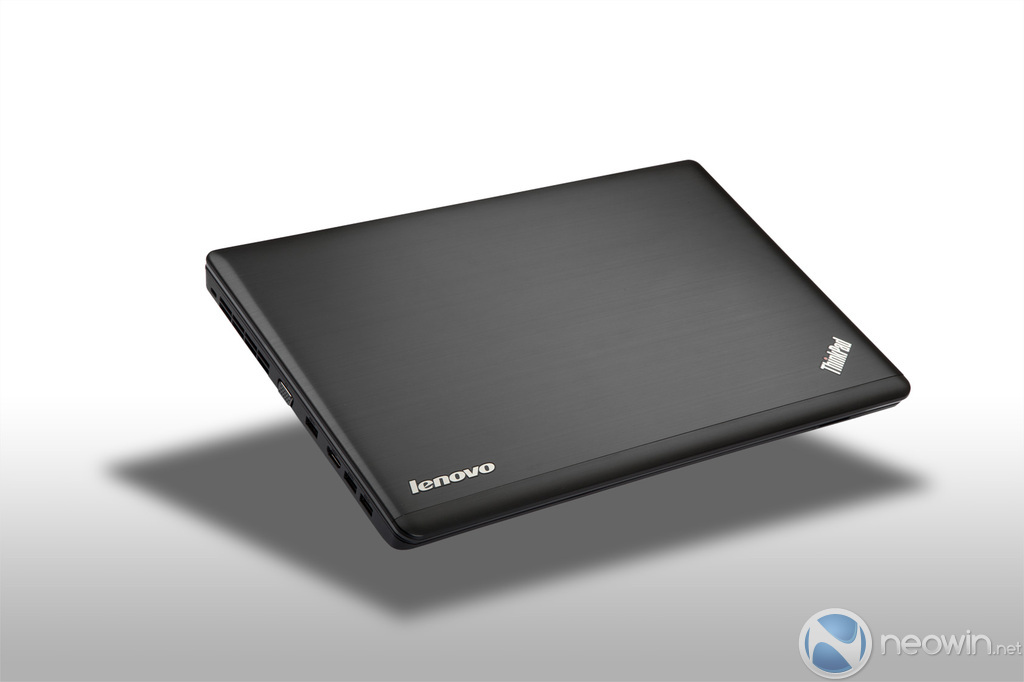 The ThinkPad Edge 14" (E430) and 15" (E530) are targeted at Small and Medium businesses to give them the "power they need," allowing choices of any current Intel processor or AMD Fusion APU, with integrated or discrete graphics. It's pretty much the same features you'll see in any other Lenovo laptop in the 2012 line up, but you're able to choose a color. These laptops are all Windows 8 ready, too. 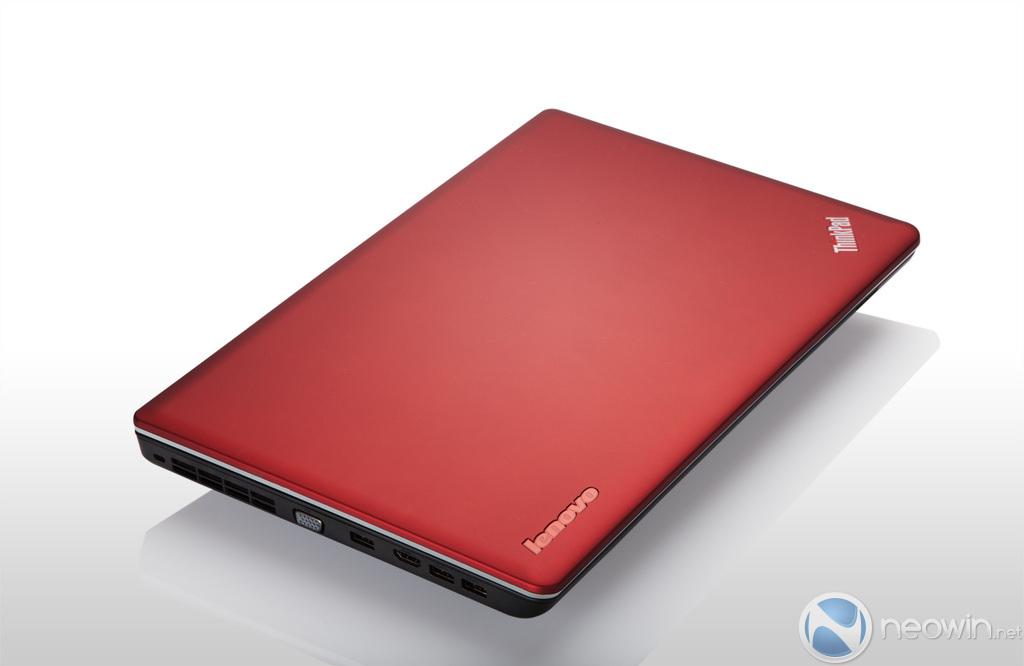 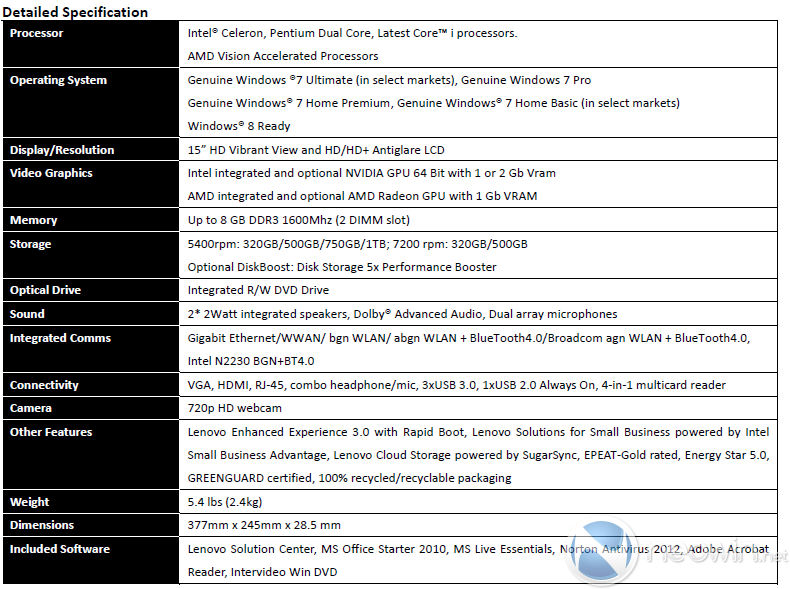 Finally, the Lenovo B series brings entry level users "essential technology" they need. There's nothing of great interest here unless you're looking for something that's powerful and cheap. Users can choose the base model, which starts at $399 USD or add extra features, such as 1TB of storage, USB 3.0 ports, card readers or HDMI out. 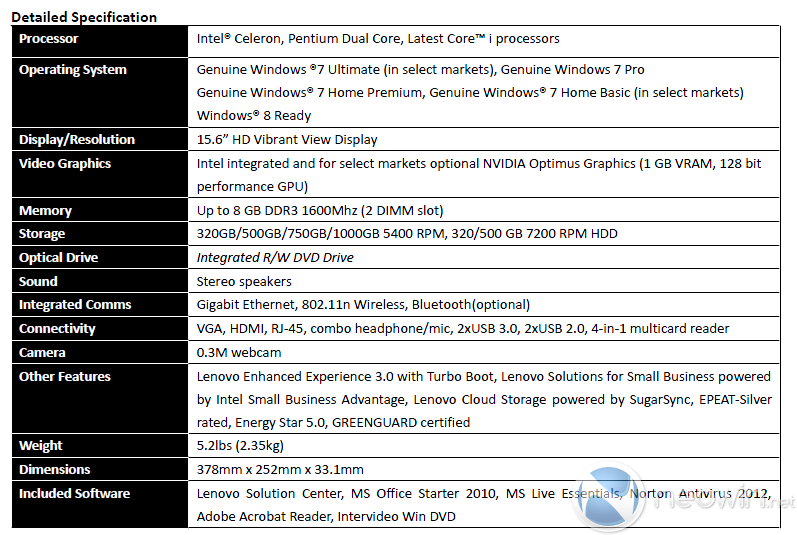 If you've made it this far, it's likely you're a Lenovo fan and you're impressed by this years line up. It's great to see Lenovo bringing out such a wide range of devices, but it's a little saddening to see that whilst the designs are slowly evolving, they haven't gone anywhere new for another year. It might be appealing to the business user, but Lenovo really doesn't know how to get to the consumer just yet.