It would seem that more companies want to get in on the foldable phone action, after Samsung caught the media's eye with the Galaxy Fold and Huawei did the same with the Mate X. It looks like LG has a different take on the idea though, as a new patent (spotted by TME.net) shows a tri-fold phone.

Moreover, you'd be able to store a pen for the device in the gap in the hinge. That means that a pen wouldn't have to take up valuable real estate inside of the device, but it also means that you don't have to worry about dirt getting in the gap. 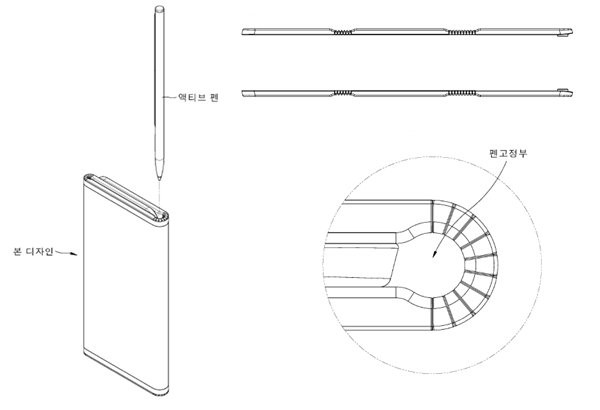 The idea of a tri-fold display is an interesting one, because if each side has an 18:9 aspect ratio, it would be 3:2 when completely unfolded, the same aspect ratio as Microsoft's Surface PCs. This could make it particularly useful as a tablet, and with pen support, productivity could be a key selling point of such a device.

But alas, such a device may never exist, as it's only a patent. There's no guarantee that such a thing will ever exist outside of LG's labs.