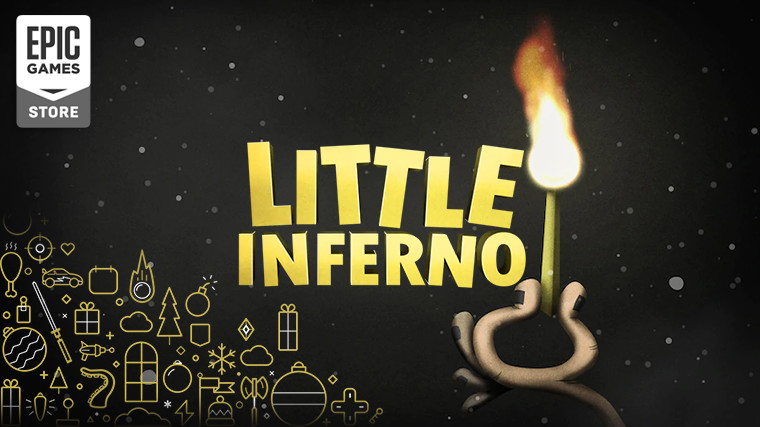 Little Inferno is on offer to claim for free on the Epic Games Store today, marking day four of the 12 Days of Free Games event that was announced by Epic along with its holiday sale.

Coming from Tomorrow Corporation, the developers behind World of Goo – which was given away earlier this year –, Little Inferno is a game about setting things on fire in a cozy fireplace. A variety of objects are available to be thrown into the little inferno, starting from good-old wooden logs to nuclear devices, and even the moon. It has been praised by critics since its release, selling over one million copies. Here’s how the Epic Games Store describes the title:

Epic Games Store is offering the title to players on Windows and macOS, but it’s also available for Linux over on Steam, where it is discounted to $3.74 at the time of writing. Here are the minimum requirements for the game:

If you wish to claim Little Inferno, you can find its store page here. Epic Coupon is also available for the ongoing holiday sale at the Epic Games Store, offering $10 off any game that’s above $14.99 and not a pre-order. Little Inferno will be available to claim for free until tomorrow at 11AM ET.