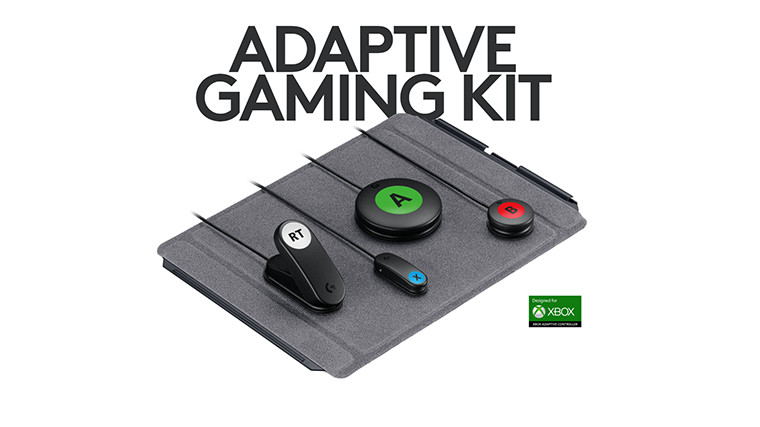 Logitech today announced its Adaptive Gaming Kit, an assortment of buttons and triggers that are designed to work with the Xbox Adaptive Control, available at a more accessible price.

That’s really the most important bit; the Xbox Adaptive Controller, at $99.99, is just a starting point – it allows gamers to link up additional buttons and triggers to the controller giving them the flexibility to set up the controls as they like, but the cost of these additional accessories can often be exorbitant.

Ujesh Desai, VP and General Manager of Logitech Gaming, said a few words for this launch:

“The Logitech G Adaptive Gaming Kit is designed to be the perfect companion to the Xbox Adaptive Controller, giving gamers the necessary tools they need at a more affordable price point. It also supports our commitment to inclusivity and diversity in gaming, because fundamentally we believe that life is more fun when you play, and everyone should be able to experience the joys of play.”

Logitech worked with the Inclusive Tech Lab at Microsoft, along with The AbleGamers Charity, Abilities Research Center at the Mount Sinai Hospital, and SpecialEffect, to gather feedback and ensure that the kit met the needs of everyone in the community.

At the moment, the Logitech G Adaptive Gaming Kit, as it is called, is available through the LogitechG store, and is expected to be available through select Microsoft retail stores starting this month, for the price of $99.99. Xbox Adaptive Controller is a requirement to use these accessories, though, which by itself costs $99.99 as well.