Microsoft announced the launch of its Lumia 530 in the United Kingdom back in August, but while the company's suggested retail price for the device was around £60, many retailers and carriers have been charging a bit more for the device – up to £90, in some cases. 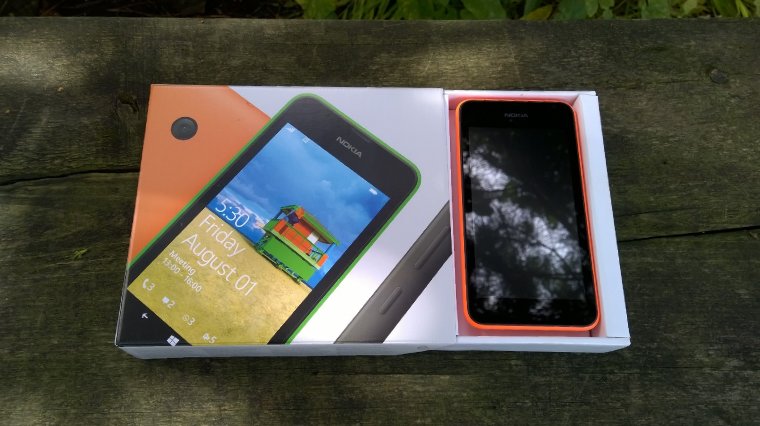 But Microsoft’s most affordable Windows Phone ever has just dropped in price to record lows in the UK. Over at Carphone Warehouse, you can now get your hands on a Lumia 530 for just £49.95 with no contract.

To qualify for that price, you’ll have to get a pay-as-you-go SIM and a mandatory £10 top-up, so the total price will be closer to £60, but many of the SIMs also include free voucher booklets or other perks that you might make some use of, in addition to inclusive texts, minutes and data. After that you, can just chuck the SIM in a drawer and never use it again, or continue using it and topping it up as needed. 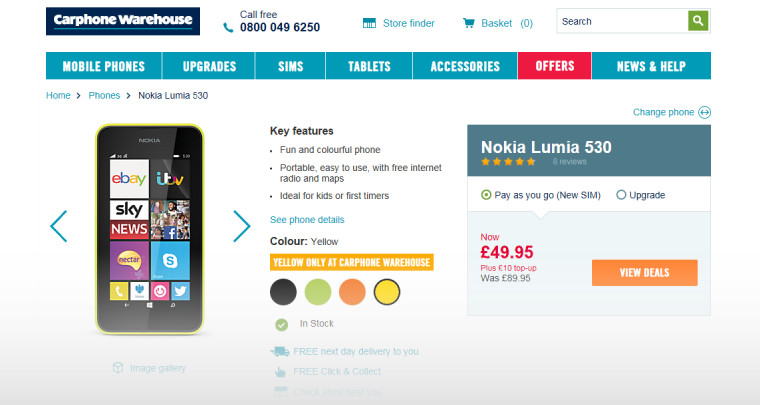 If you’re already on a Pay As You Go plan with one of the UK’s leading networks, you can qualify for an even lower price for the Lumia 530. If you upgrade to the 530 on your PAYG plan, you’ll get the handset for just £29.95.

That’s an incredibly low price for a modern smartphone, which Carphone Warehouse describes as a “fun and colourful phone” and “ideal for kids or first timers”. The Lumia 530 comes with Windows Phone 8.1 and can be updated to newer versions, including the latest Update 1 and the new Lumia Denim firmware. The 530 also includes:

Carphone Warehouse is also the only UK retailer to offer the Lumia 530 in yellow, if that’s your thing, as the company announced last month that it would offer exclusive colour variants of Microsoft’s Windows Phones in the weeks and months ahead. If that startlingly bright yellow isn’t your cup of tea, you can also get the 530 in oh-my-that-sure-is-green green and retina-scorching orange, or – for those who prefer a handset that isn’t visible from space – black.