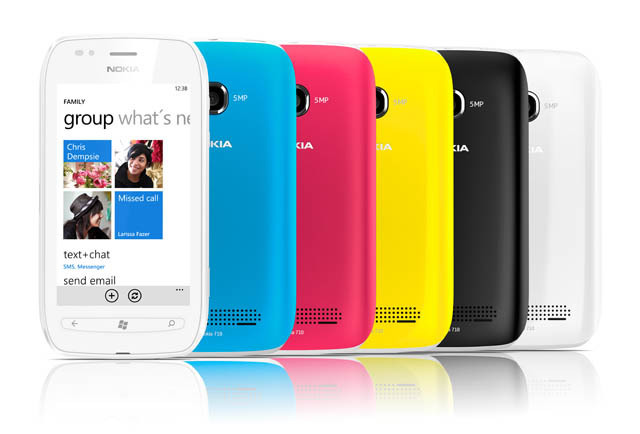 If you have been wondering if Nokia will ever launch the Lumia 710 smartphone, wonder no longer. The company announced today that the Windows Phone-based smartphone, the cheaper of the two phones in the Lumia family, is now available for sale in Taiwan. The Lumia 710 will also go on sale in a number of other countries in the next seven days including Singapore, Hong Kong, India and Russia.

Nokia will launch the phone globally in the coming weeks, according to the press release. That likely includes a launch here in the US. The company has already announced a press event that will be held Wednesday in New York City with wireless carrier T-Mobile. The Lumia 710 has also been the phone that's been featured on the US version of the Nokia web site. Finally, the FCC cleared the Lumia 710 to be sold here in the US a few weeks ago.

The hardware specs of the Lumia 710 include a 1.4 GHz Qualcomm MSM8255 single core processor, a 3.7-inch LCD ClearBlack Display at 480 x 800 resolution, 512 MB of RAM, eight GB of user storage, a five megapixel rear camera with 720p video recording and exchangeable back covers. The price of the Lumia 710 is 270 euros.