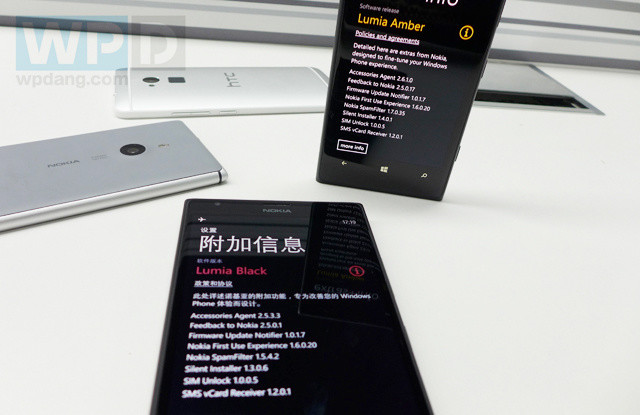 Nokia will start pushing out the "Lumia Black" update which brings Nokia specific additions on top of Windows Phone 8 Update 3, in China starting next week with more countries to follow in the coming months.

The Lumia Black update which debuted on the Lumia 1520 was announced at Nokia World 2013 in Abu Dhabi with an expected release in early 2014. US carrier AT&T started rolling out Black to Lumia 1020 users in December but global users have yet to receive the update. Chinese blog, WPDang, has reported that Chinese Lumia users will start receiving the update from January the 8th onwards. Nokia's update page still has a "Stay tuned.." image suggesting that the rollout would be done in stages across the globe.

According to WPDang, the update will be pushed starting Wednesday to the latest GDR2 devices such as the Lumia 1020 and Lumia 925 with the older ones coming last. Nokia has included some exclusive apps and usability tweaks in Lumia Black in addition to Microsoft's enhancements in Update 3.  The Chinese version of Lumia Black will feature "Call blocking" and "Application folder" which could be folder management (translated from Chinese) in addition to "Glance screen", Nokia Camera and Storyteller apps, RAW support and Bluetooth LE 4.0.

Microsoft released Windows Phone 8 Update 3 preview to developers in October 2013 and Lumia users who have installed the preview will just get the Black update sans Update 3 as noted by Paul Thurrott.