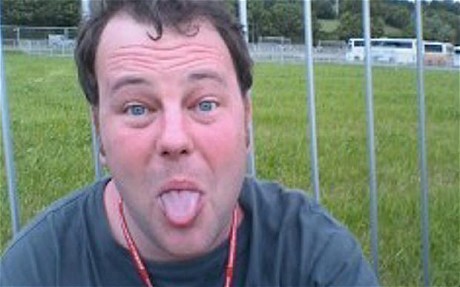 A 38 year old hospital administrator from Urmston, Greater Manchester has made legal history as the first man ever in Britain to be jailed for stalking someone by blogging. In fact, the man, Stephen Andreassen, created up to 35 different blog websites just to insult his ex.

The Telgraph reports of Andreassen and his ex-girlfriend — Rebecca Pattinson, 36 and mother of two — who met five years ago in 2006 through mutual friends but only began dating in 2009. The relationship abruptly ended a month later because Andreassen spooked Pattinson when he asked to go looking for an apartment they could rent together. Andreassen was none too pleased about that.

He began ambushing her with calls, text messages, emails, and Facebook messages asking to be taken back. She removed him from her contacts lists, made use of the privacy settings on her social network profiles, and threatened to call the police if he didn't leave her alone. But when she deactivated her Facebook account entirely, Andreassen became relentless by creating a series of blogs in which he "warned all men" about Pattinson. Andreassen avoided jail by pleading gulity to harassment but was issued a restraining order from ever mentioning Pattinson on any website.

That was until two months later, when he took to the offensive on his blog again by detailing the court case and labeling Pattinson a "liar" and "a sociopath". He was able to skip jail again but then set up another website where he linked to different sections relating to the events, including "The Relationship, My Story, and Court Appearance." After setting up the website, "[h]e then booked into a hotel in Scotland where he took 200 sleeping tablets in a failed suicide attempt."

Andreassen was then jailed for 18 weeks after he admitted to being in violation of the restraining order.