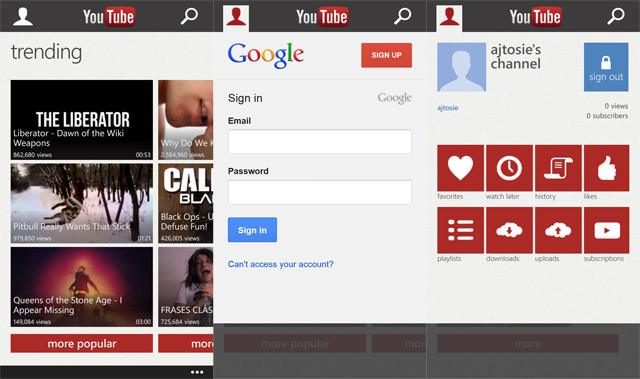 There's been a war of words between Microsoft and Google over the release of Microsoft's revamped YouTube app for Windows Phone for the last couple of weeks. Today, it looks like the two companies have finally called a truce, but at the expense of the new app.

Earlier today, Microsoft sent Neowin a brief email, which is credited as a joint statement from Microsoft and YouTube, concerning the status of Microsoft's latest Windows Phone YouTube app. We have posted that statement below in full:

Microsoft and YouTube are working together to update the new YouTube for Windows Phone app to enable compliance with YouTube’s API terms of service, including enabling ads, in the coming weeks. Microsoft will replace the existing YouTube app in Windows Phone Store with the previous version during this time.

If you have been keeping up on this story, you know that Microsoft's 2.0 version of the YouTube app, launched on May 7th, did not display Google's ads. About a week later, Google sent Microsoft a cease and desist letter, demanding that the downloads for the app be halted, as Google felt the app was violating the terms of YouTube's API.

Microsoft replied they would be happy to put in ads, if Google would allow full access to the YouTube APIs for their Windows Phone app. Today's new statement would seem to be a compromise for both parties, with Microsoft pulling the new YouTube app and Google seemingly now prepared to offer access to the full API set for YouTube so that Microsoft can create an app that complies with Google's rules.