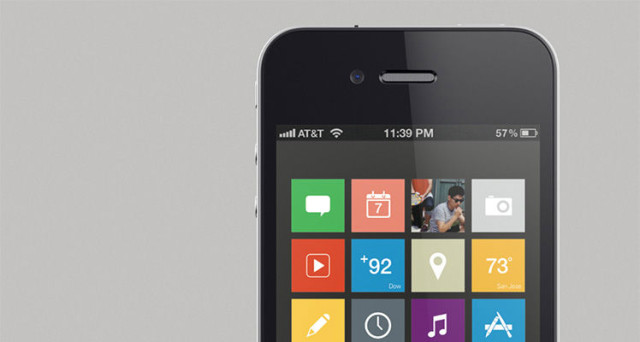 We already knew that Apple was redesigning iOS 7 ahead of WWDC 2013, and could even be having problems making the vast changes in the short time that they've had. Many iOS users feel that the current app-based interface is getting a little long in the tooth, and with other alternatives offering excellent experiences, Apple needs to make some radical alterations.

It seems that they are. 9to5Mac reports that Jony Ive, the new head of iOS design, has been making some big changes to the look and feel of iOS. One source is quoted as saying that the new iOS is "black, white, and flat all over," a long way from the current look and very similar to the Modern UI found on Windows Phone. A report by the Wall Street Journal claimed that changes to iOS would be "pretty conservative" which may have been the case when the report went out; according to 9to5Mac, the interface has been changed "several times" this year.

The report goes into detail about changes Ive is going to make, including a change to the lock screen to reduce the textures; Notification Center improvements; a redesign of Apple's own homescreen icons, but not the actual app-based layout; and redesigns of all of Apple's core apps, right down to over-the-top animations. Almost everything in iOS 7 will benefit from a "flat" design ideology, according to 9to5Mac.

Apple is also planning on adding more social integration with Flickr and Vimeo, on top of Facebook, Twitter and YouTube. Maps and Siri are also reportedly getting updates to better integrate with your car. iOS engineers are reportedly prioritising the iPhone over the iPad, perhaps indicating Apple's desire to claw back some lost market share.