Late last month, Microsoft launched the public preview of the Microsoft Authenticator companion app for Apple Watch. At that time, the software giant promised to release its version 6.0.0 or higher to a wider audience after a few weeks so that you will be able to test drive the app. Today, the Microsoft Authenticator companion app is officially rolling out to the Apple Watch as part of an update. 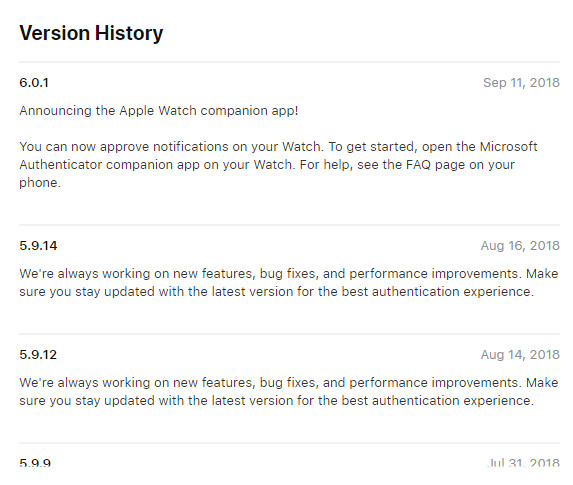 Version 6.0.1 of Microsoft Authenticator is now available to download from Apple's App Store. The app allows you to approve sign-in notifications on your Apple Watch without having to open your iPhone. In other words, it's a form of two-factor authentication made more convenient for users.

To get started with the app, open Microsoft Authenticator on your Apple smartwatch and tap the "Set up" button under the account title. Note that no action is needed if there’s no Set up button next to your account.

Keep in mind, however, that notifications only work with Microsoft accounts and Azure Active Directory accounts at the moment, as noted in this Microsoft Authenticator support document. That means you may need to open the authentication app on your iPhone to view the code if you are logging in to your Google or Facebook account. For those who haven't installed the app in their Apple smartwatch yet, Microsoft Authenticator is available to download from the App Store.