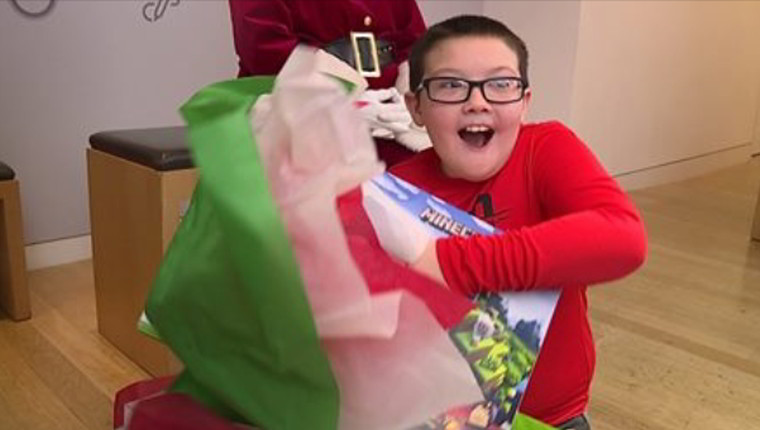 A young Ohio boy whose family was once homeless decided to give up his thoughts of an Xbox One for Christmas and instead use the money to buy blankets for the less fortunate. Microsoft saw his story and decided the boy didn't have to give up his dream.

Mikah Frye, 9, had been driving around with his grandmother and noticed the people shivering on the street. He had an Xbox One on his Christmas list, but instead suggested the money be used to buy more than 60 blankets for the homeless. Microsoft employees were so touched by the gesture that they concocted a plan to invite the boy to a local mall in his town of Beachwood, Ohio.

"When they called and told me I was just instantly crying on the phone and I couldn't believe it," said Mikah's grandmother Terry Brant told Fox 8 News in Cleveland about the call from Microsoft. "What's harder was not telling him."

When he arrived, he was greeted by the employees and Santa, who then gave him a new Xbox One along with two bags of presents. The move brought tears of joy to the youngster.

As for the homeless, each blanket had a personal message from Mikah, according to USA Today: “Today, I live in my own house, and someday you will too. Your friend Mikah."