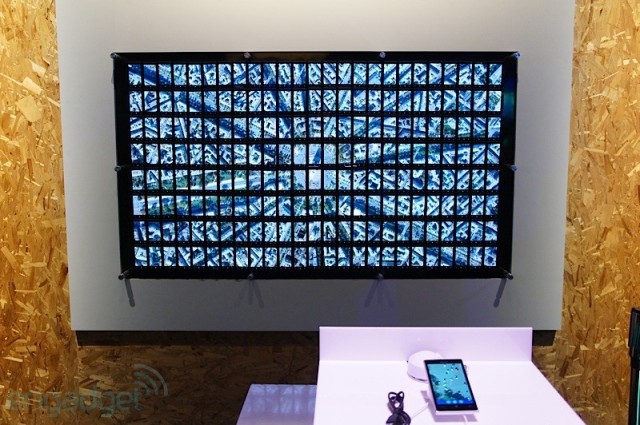 At BUILD 2013 this week in San Francisco, Microsoft and Nokia have constructed a giant wall made up of 200 Nokia Lumia 820 smartphones, which all add together to make a 12,000 x 6,400 pixel display. As all the phones are identical, and they were all running the same application built specifically for the wall, a master handset could control all the others through Wi-Fi. 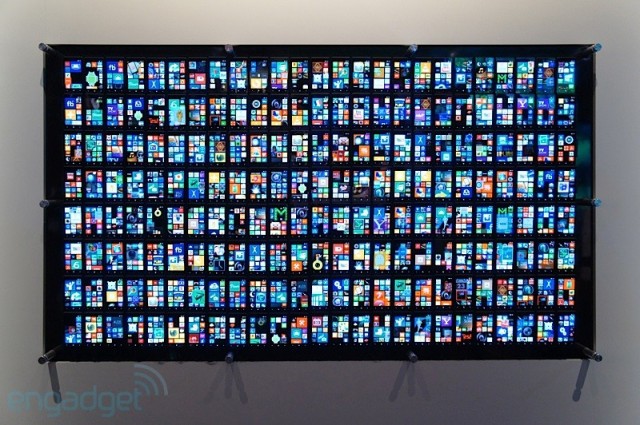 A number of demonstrations were made using the giant smartphone wall, including showing a massive animated grid of live tiles featuring a selection of apps from the Windows Phone Store, and joining all the phones together to make a giant Map from Bing Maps and HERE Maps data. It's definitely a cool demo from the Windows Phone team, although it's not something that anyone can just go and make: purchasing 200 Lumia 820s would set you back around $70,000.