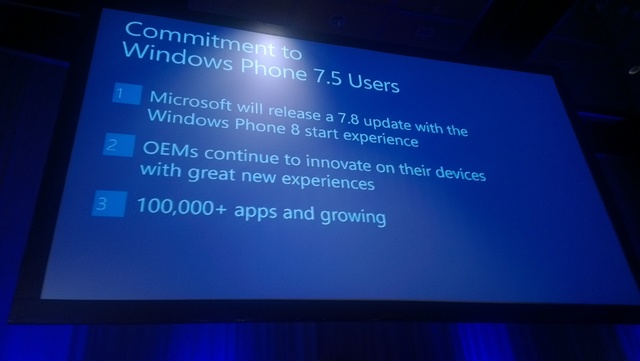 Today at Tech Ed in New Zealand, Microsoft confirmed that Windows Phone 7.8, the soon to be announced update to existing Windows Phone handsets, will be including more than just the new Windows Phone 8 Start screen, and that it will indeed include new features.

Obviously, Microsoft wouldn't say what those features are, but it's great to know the platform will get more than just the bare minimum. They did say that past Windows Phone 7.8, the OEM's are going to provide their own updates that enhance the experience even further, and that the platform won't be abandoned entirely.

More news on the update is expected to come in the next month or so, as Windows Phone 8 is released to the public.