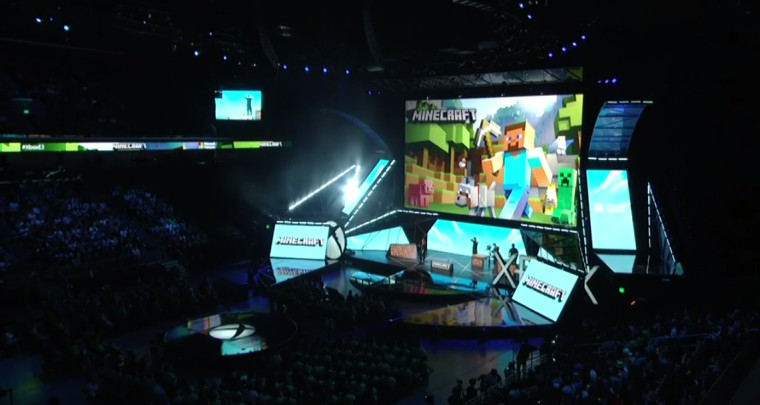 Microsoft HoloLens was introduced in late January, and now we are getting some more information on how Microsoft will use HoloLens as a gaming tool. At the Xbox E3 briefing Microsoft conducted a live on-stage demo of a new version of Minecraft made especially for HoloLens. 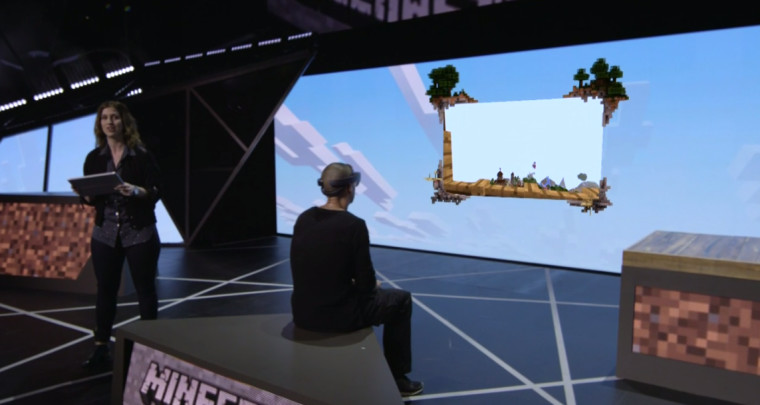 With HoloLens, users will be able to play regular first person Minecraft via a holographic screen projected onto a wall (seen above). The holographic version will allow users to take this typical style of gameplay a step further. By saying a simple command while facing a table, users will be able to render a section of their Minecraft world right on top of the flat object they are looking at. 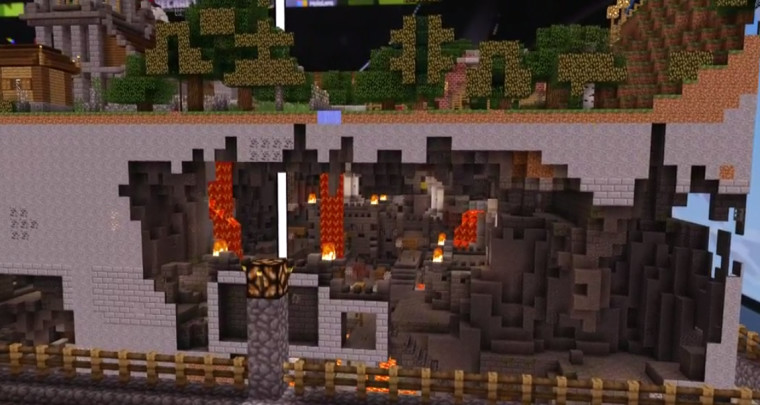 From there, users will be able to physically walk around a table to view sections of their world. Users can use hand gestures to pan the section of the map they are using as well as raise it up or down to change their view. This allows a player to actually peer inside underground caverns and help scout out and assist other players in the world. In the on-stage demo, one player using a Surface Pro 3 placed TNT blocks while the HoloLens player conjures lightning to explode the blocks with a voice command. 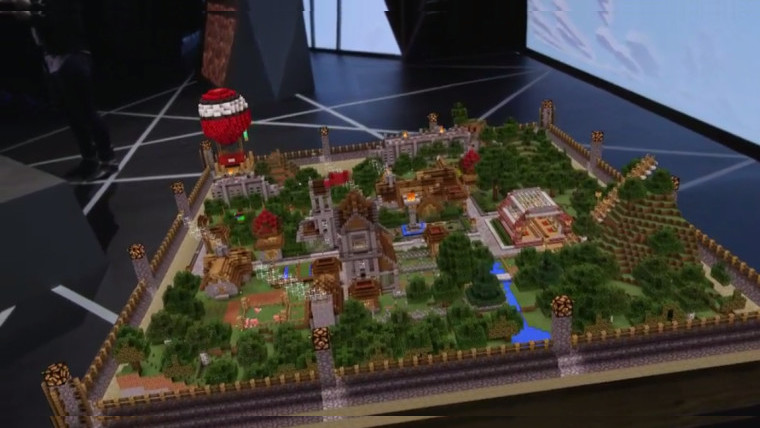 Minecraft for HoloLens definitely looks like an impressive new take on the best-selling title. Microsoft bought Mojang, the studio responsible for Minecraft, just last year for a whopping $2.5 billion. This new implementation seems like a natural evolution for the game and we personally can't wait to see where they go with it. Microsoft says they will be providing more information at MineCon, which will be in London from July 4 - 5th.