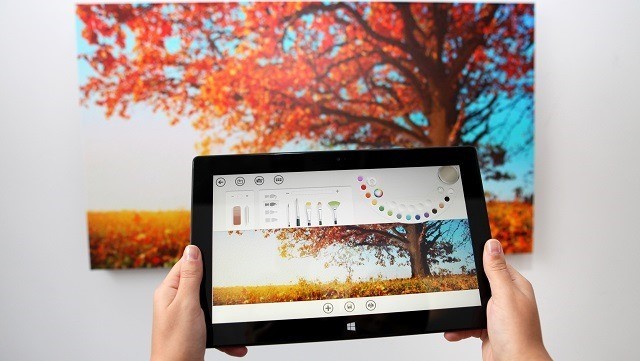 Microsoft is working on a new project that could help speed the performance and load times of future Windows 8.1 apps. The project was demonstrated live as part of the company's Visual Studio 2013 launch activities in New York City.

According to ZDNet, the demo used Microsoft's Fresh Paint app for Windows 8.1. Two Surface tablets were shown, one running the regular version of the app, and the other which was developed with a special coding method that involved compiling .NET code to native code directly. The end result was that the Fresh Paint app made with the new code loaded faster and exhibited better performance than the regular Fresh Paint app.

ZDNet claims, via unnamed sources, that the method used to help speed up the app was created under the code name "Project N" at Microsoft. It's not totally clear how this new compiler will be used. The article speculates that Windows 8.1 developers could submit apps to the Windows Store and Microsoft then uses the "Project N" technology to improve the app's performance before they are released to the public.

Microsoft isn't saying much officially on this new technology and there's no word on when it will be formally released, although the article claims it could happen sometime in 2014.