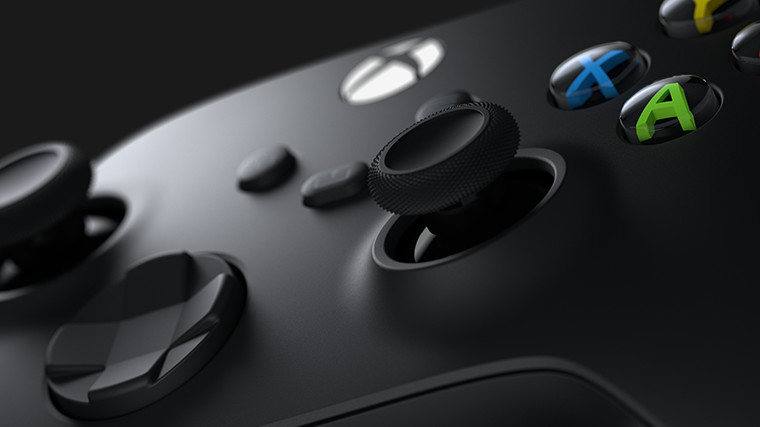 Microsoft unveiled quite a lot of information about its upcoming Xbox Series X console today, including the full specifications. Alongside it, we also got a closer look at the next evolution of the Xbox Wireless Controller that will accompany the next-generation console.

In an interview, Xbox senior designer Ryan Whitaker said the new controller will improve comfort levels for "hundreds of millions" of more players thanks to it being more accommodating to smaller hands. This involved reducing and smoothing out the triggers, rounding the bumpers, and changing the grip shape.

Moreover, the tactile dot pattern that has only been available on special edition Xbox controllers is becoming a staple for the Xbox Series X controller. The triggers, bumpers, and grips (though to a lesser extent) will feature this pattern. Meanwhile, a matte finish will be present on the D-pad, bumpers, and triggers.

As seen on the above images, the new D-pad is now similar to the Elite controller's design, offering players a deeper groove to sit the thumb in and "finely tuned" angles to provide leverage. Whitaker says "Gamers will notice a performance boost right out of the box."

The port on the new controller is now USB-C, and as was previously known, it will also support the Xbox One family of consoles, as well as PCs, Android, and iOS devices. It will remember devices it connected to for easier switching as well. Bluetooth Low Energy has also been implemented.

Lower latency inputs, backward-compatibility for accessories like chatpads, and a Share button for quickly capturing screenshots and video for sharing are all incoming as features as well.

Just like the Xbox Series X, Microsoft hasn't yet shared a price for this upcoming Xbox Wireless Controller, though we can expect one to be bundled with every new console when it launches.