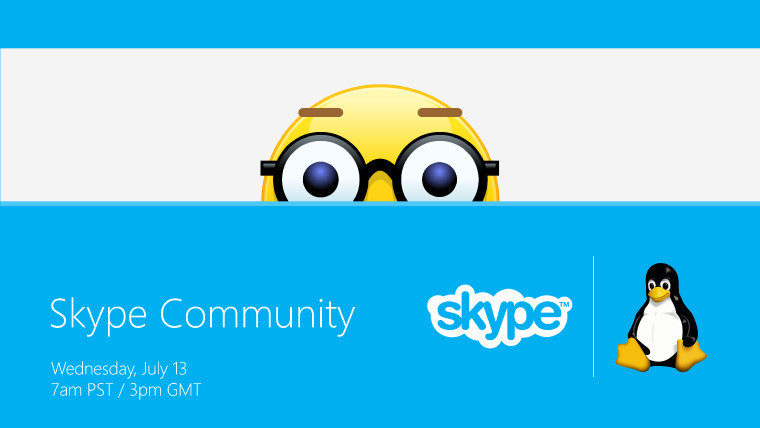 Microsoft, via the 'Garage & Updates' Skype blog, has said that an announcement will take place at 7am PST (3pm GMT) on July 13 about Skype for Linux.

The Skype client for Linux is in what can only be described as a sorry state. The last stable release of Skype on the platform was Skype 4.3; that update was put out on June 18, 2014 - over two years ago. The news that an announcement is planned comes as a bit of a surprise given the scarcity of updates for the platform.

No indications were given about what exactly will be announced at the Q&A next week but there are two likely scenarios as to what could happen. The first scenario is that Microsoft has updated the Linux client to parity with the Windows and Mac client. The second scenario is that Microsoft is scrapping the Linux version altogether and pushing users to the web client. What gives credence to the latter scenario is the fact that Microsoft just enabled voice calls on Chrome OS and Linux, and have also swapped out their proprietary plugins for standardized web technology.

No matter what is announced on Wednesday as part of Microsoft's charm offensive towards Linux users, the Skype experience on Linux can only improve from where it's at today.