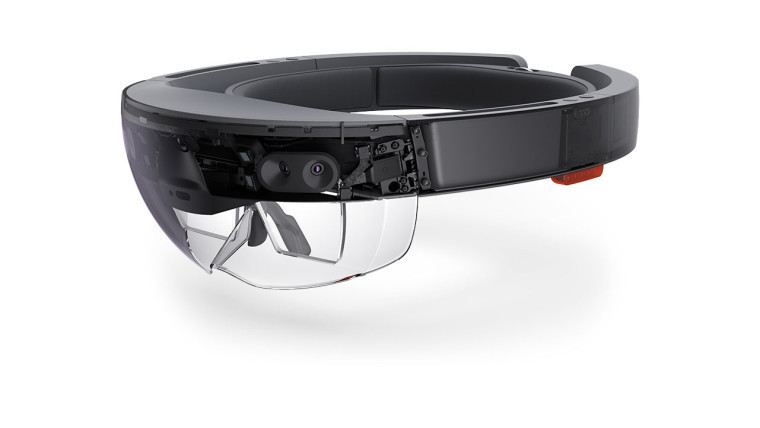 Popular Mechanics magazine has chosen to highlight Microsoft's HoloLens in it's 2016 Breakthrough Awards. This annual award list takes a look at "the research, innovators, scientists and students who've made the world a little better this year."

The Popular Mechanics article continues, "What you'll see here are hints at where we're going—the individual developments that point in the direction of the next future. We can't wait to see what the billboards look like there." Other technology that made the list includes an exoskeleton for rehab, self-driving buses and stable fusion energy.

Their feature article on HoloLens explains, "There are many ways to describe what HoloLens is: a mixed-reality device, a holographic computer, an expensive escapist technology. But what it is, most notably, is the gift of sight. It can see like no machine before it."

Microsoft markets the HoloLens as the "first fully self-contained holographic computer." Notable hardware features include wireless optics and sensors, specially designed speakers that "synthesize sound so that you can hear holograms from anywhere in the room," a custom 24-core "holographic processing unit" (HPU) and an adjustable weight-distributing headband.

Windows Holographic - the OS that powers the HoloLens - received an Anniversary Update this past August, when PCs, phones and the Xbox One all received their respective software updates. At the same time, Microsoft also launched the HoloLens Commercial Suite, which added enterprise features, including those for security and device management.

The augmented reality device is currently used by major partners such as Volvo, AutoDesk and NASA's Jet Propulsion Laboratory for everything from car discovery to simulations of Mars. Additionally, Popular Mechanics notes its practical applications in home improvement tasks such as plumbing and electrical work, calling it "the next best thing to an expert guiding you through."

Elana Pidgeon, a Windows Blog junior editor, states, "Our commercial and developer partners are already utilizing HoloLens in creative and radical ways, and it’s inspiring to see how we can continue to build the future together."

If you can't wait to take the dive into the augmented world, the Development Edition of HoloLens is available to order for an all-too-real $3,000. The development kit comes with standard fare, including a case, charger and a clicker which can be used to “select, scroll, hold, and double-click during extended, interactive scenarios."