Windows 10 is quickly approaching 100 million installations, with 7 million currently enrolled in Microsoft's Insider Program and another 1.5 million using the Enterprise version of the Operating System. However, the company still has quite a lot of issues to address, particularly regarding its public image, with people having expressed privacy concerns that their data is being sent to Microsoft and whatnot. 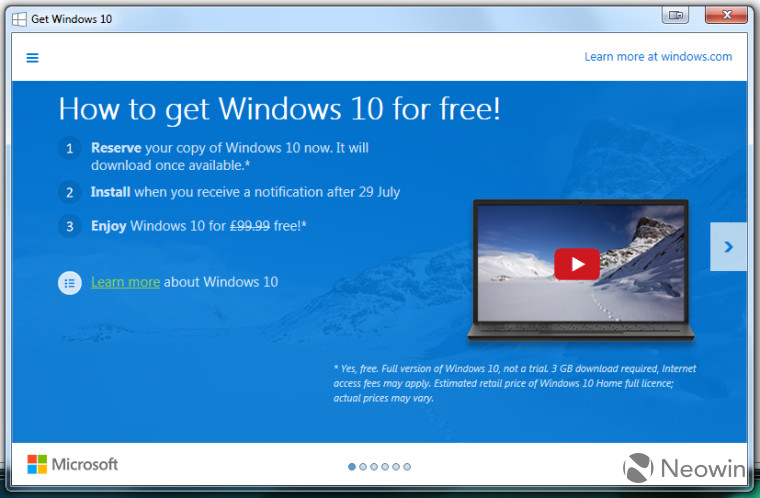 Now, another report has emerged claiming that Microsoft is downloading the image of its OS files on your machine regardless of whether you opted for the free upgrade or not. A reader of The Inquirer contacted the publication claiming that a $Windows.~BT folder which contains the image of the OS has been downloaded on his machine, even though he never reserved the upgrade. In his own words:

The symptoms are repeated failed 'Upgrade to Windows 10' in the WU update history and a huge 3.5GB to 6GB hidden folder labeled '$Windows.~BT'. I thought Microsoft [said] this 'upgrade' was optional. If so, why is it being pushed out to so many computers where it wasn't reserved, and why does it try to install over and over again?

I know of two instances where people on metered connections went over their data cap for August because of this unwanted download. My own internet (slow DSL) was crawling for a week or so until I discovered this problem. In fact, that's what led me to it. Not only does it download, it tries to install every time the computer is booted.

The concern is understandable given that many people have a limited internet connection, a 3 GB download of an OS they don't even plan to install, or even reserve is quite unwarranted. When Microsoft was contacted for a statement, the company replied:

For individuals who have chosen to receive automatic updates through Windows Update, we help upgradable devices get ready for Windows 10 by downloading the files they’ll need if they decide to upgrade.

"When the upgrade is ready, the customer will be prompted to install Windows 10 on the device.

Basically, what this indicates, is that even if a user has opted in for security patches, the files required for Windows 10 will still be installed on the device, regardless of whether the user reserved the upgrade or not.

Apart from restricted internet downloads, many devices also have limited storage, even as low as 16 GB or 32 GB, and given that Microsoft's latest OS files take up more or less 3 GB on a machine, it could definitely limit the storage space required for personal usage. We have reached out to Microsoft for clarification and will update when we hear back.