Microsoft has been boosting its brand awareness in recent months with a series of high-profile partnerships and sponsorship deals. The latest example has been announced today, as the company has teamed up with NASCAR, along with 11-time Sprint Cup Series champions Hendrick Motorsports. 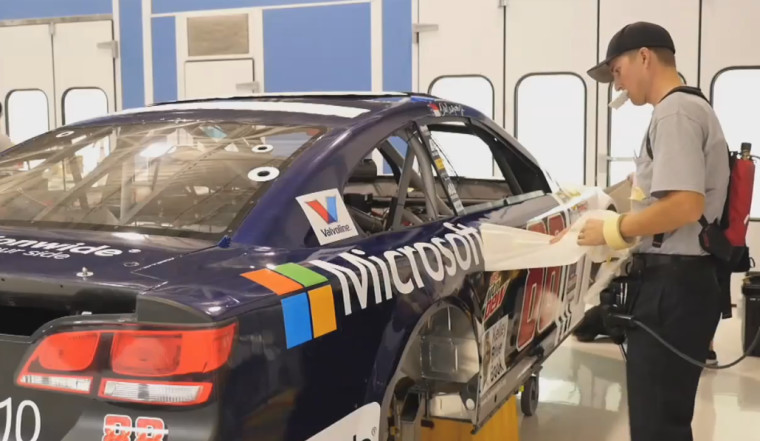 Microsoft is now an Official Technology Partner of NASCAR, and a 'major technology partner' of Hendrick Motorsports. Both of these sporting organizations will adopt Windows 10, as well using Microsoft Azure "to deliver technology solutions to help improve performance on and off the track."

Where this partnership provides an upgrade for NASCAR is by providing better tools and solutions to help analyze all that data through Microsoft Azure, and render the analytics and data to make faster decisions on and off the track on Windows-powered devices.

Microsoft worked with NASCAR in 2014 on a touch-enabled custom app that was used in the car inspection process at races across all three NASCAR series. It says that the app "reduced inspection times by nearly half". 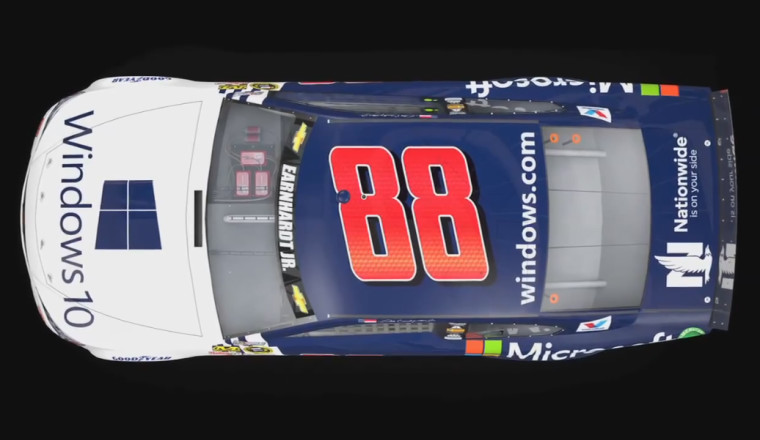 Microsoft will also be supporting one of NASCAR's top drivers, Dale Earnhardt Jr, with primary sponsorship of his No. 88 Chevrolet SS at Sonoma Raceway on June 28, and Pocono Raceway on August 2. The car will prominently feature Windows 10 and Microsoft logos, which the company says will help it to "provide broader awareness of the FREE upgrade to Windows 10 that will be available July 29."

This is just one more example of Microsoft's recent collaborations to associate its brand with popular and highly visible organizations and events. It has a similar relationship with renowned soccer team Real Madrid, and even launched a customized tablet for the football club a few weeks ago in its role as official technology partner. Microsoft's Surface is also the official tablet of America's NFL.

It's not just sports either - the world-famous Nokia Theater in Los Angeles - home of the Emmys - became the 'Microsoft Theater' earlier this month.